You remember Fatuma Mohammed, a woman who went viral after claiming that Orange Democratic Movement ODM rigged her votes in the party primaries, has finally won Migori Women Representative seat as an independent candidate. Mohammed has been declared winner after gathering 154,538 votes defeating other candidates on the same including ODM's Dennitah Ghati who gathered 117,957 votes. Other candidates who contested with her include; Jubilee's Lilian Otieno and independent candidates Josephine Sirega, Zilpha Ochuodho and Hellen Obado. 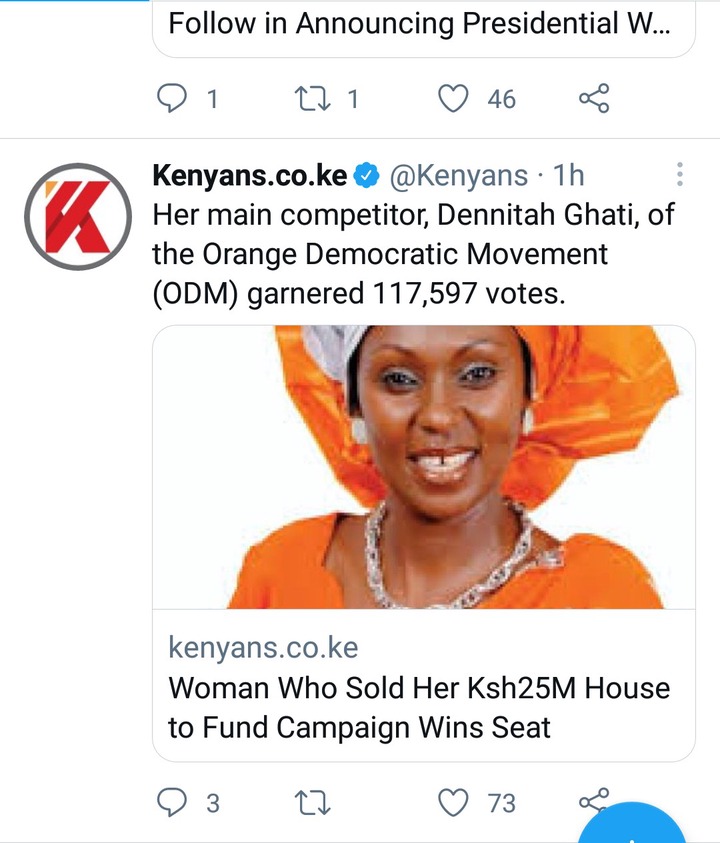 Mohammed was even captured weeping at some point at Migori Teachers' Training College after rigging allegations. She revealed that she even sold her luxurious house at Sh25 million to fund her political campaigns. Thus arguing that no body can stop her from representing Migori women. In that case, she is one of the few politicians who have defied ODM wave in Nyanza to emerge victorious in the elections.

However, when the Mohammed's act of selling such a luxurious house to fund her political ambitions, resurfaced online, it sparked Kenyans' reactions as some Kenyans were advising her not to take such a big risk next time. Below were some of the people's reactions on the same. 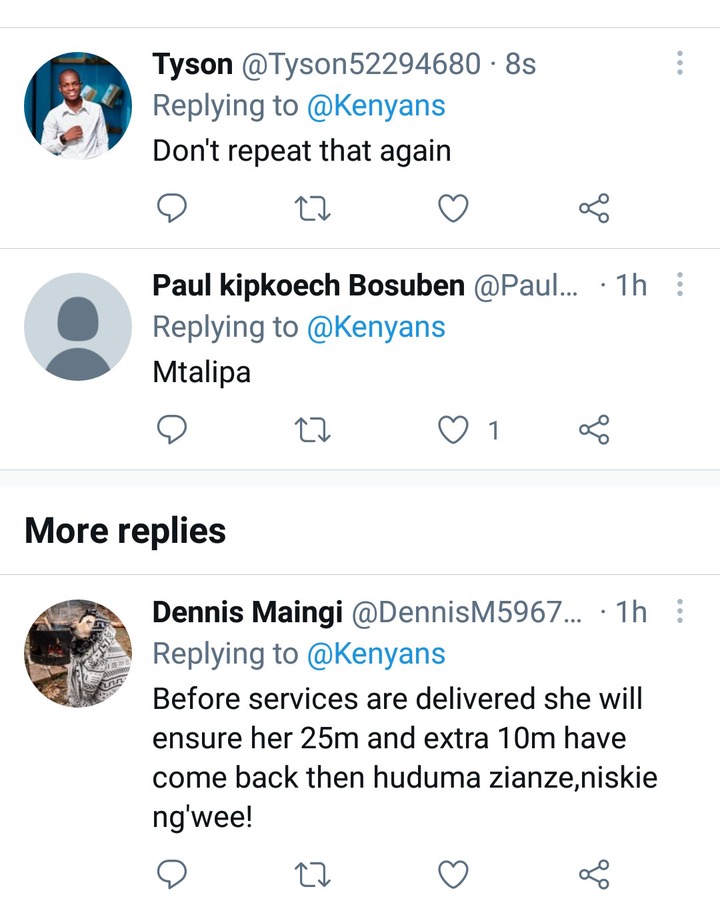