Woman Dragged By 'Askaris' in Kisumu Gets This Gift From The County Government.

By LydiahCelestine (self meida writer) | 1 months

Magret Amollo is the name of a woman who today made Kisumu county a talk of the nation. This is after a video of her being dragged in the back of a van surfaced. The woman has been given a gift by the county government as a reward after the crude incident.

The Kisumu City Manager, Abala Wanga during a press conference said the county officers involved in the matter has been fired and thorough investigations will be conducted. The City Manager thereafter offered Magret a stall to sell her products. Mr Abala revealed that, governor Anyang' Nyong'o will officially give stalls to Kisumu traders tomorrow. 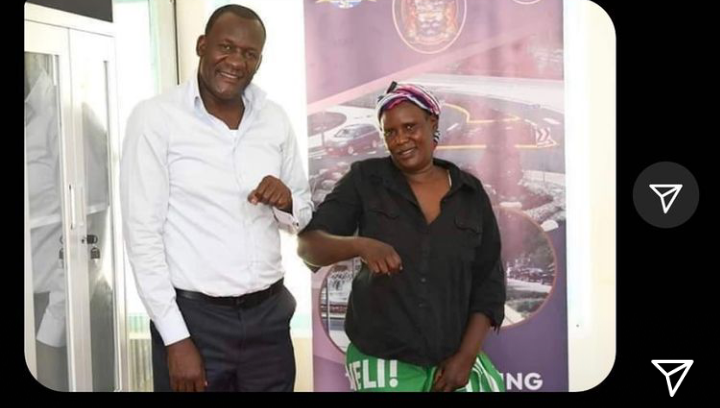 A 38 year old woman said the officers forced her to board the county van. She claimed the officers took her lemons which were meant for sale.

After the release of Margret Amollo's video, many people came out with complains that Governor Anyang' Nyong'o is allegedly mistreating traders in the county.

The county 'Askaris' arrested Magret's 22 year old son who was trying to save her when they confiscated her products and wanted to put her on the van as other traders.

The Governor stated earlier that the county officers involved will be suspended and investigations will be thoroughly done to establish the root of the matter. He went ahead and wished Amollo quick recovery. Nyong'o was in Nairobi on official Council of Governors’ meetings only to learn about the saddening news.

Content created and supplied by: LydiahCelestine (via Opera News )