By Psilgich (self meida writer) | 18 days 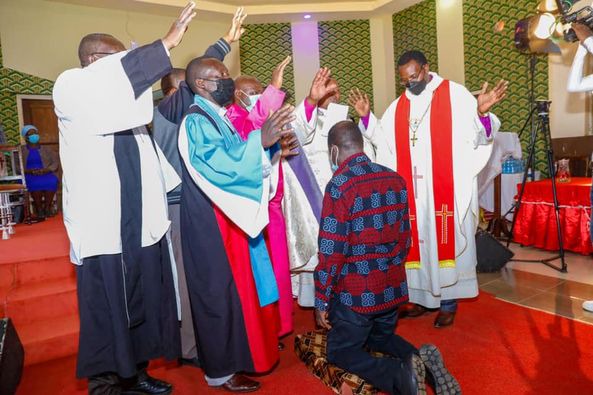 President Uhuru Kenyatta’s key ally faked an emergency so as not to accompany ODM leader Raila Odinga during his visit in Murang’a county on Sunday. Emerging details shows that the influential MP confirmed three days before Raila’s visit that he will accompany him but later called one of the organizers on Sunday morning to confirm that he will not attend the church visit since there was an emergency in Nairobi that needed his presence.

According to the star political gossip, the unnamed MP was spotted drinking in a club in one of the neighboring counties. The legislature is likely to face the wrath of the president for his action. On Sunday Raila attended a church service in Murang’a county accompanied by his ardent supporter Royal Media Service owner and a business mogul SK Macharia among other leaders.

While speaking at the event, Macharia advised Raila that he will have to put extra effort to win the Central Kenya votes. Macharia warned that Raila is not popular in the region as he is being lied to by Kamanda and others as a lot must still be done to market former Prime Minister.

“I’d like to tell Kamanda, Ndaragwa, Mp Jeremiah Kioni and others, the way we know things are on the ground, don’t lie to Raila that the ground is okay,” Macharia warned.

Royal Media Service owner did not fail to hail the handshake between President Uhuru Kenyatta and Raila Odinga, the erstwhile political friends, for bringing the desired peace and unity in the country.

“We were in a crisis after the 2017 polls following the Supreme Court verdict and the handshake brought us the much-needed peace at the time,” he stated.

Raila Odinga Outlines His Lucrative Plans And Agenda For The Kenyan Youth's.