By praxi (self media writer) | 8 months ago 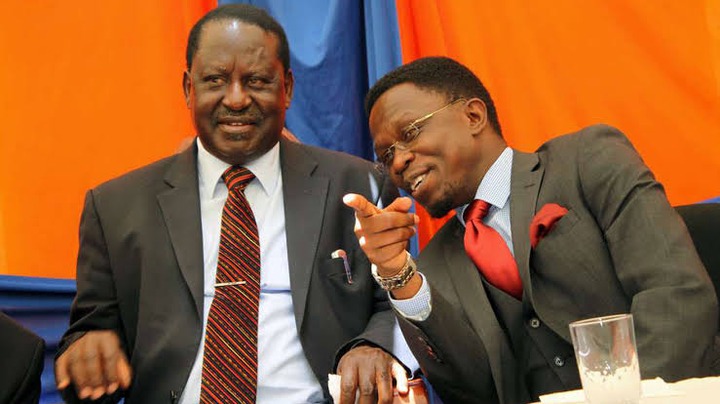 Raila Odinga can be forgotten by some group of Kenyans who don't like him but he will always remain at hearts of many. It might be true that he is not perfect at giving but the truth is he is good and mentoring. ODM secretary General Edwin Sifuna has all the reasons to to worry as Ababu Namwamba might be bouncing back soon. According to the latest moves by Ababu Namwamba he is ding all he can to unite Busia County people with Luo Nyanza.

Few days ago he launched a project of constructing a road that connects Nyanza and Busia County where he alleged that it will unite the people from the region and make business easy. Yesterday he attended a funeral where he promised Kenyans the residents that he will do anything to save the Hustlers and raise the living standards of the region. Ababu Namwamba is hesitant to declare if he will run as a member of Parliament or the next governor.

Section of his supporters were advising that they want to see him save Busia County which has sunk into corruption and living the county among the poorest in the country. According to Ababu Namwamba signals and how he is uniting people in the county he might join ODM camp soon. According to his video posted on Facebook today he was seen with large numbers of Boda bodas enjoying road trip. Could he change his mind and join the Hustler Nation?

Content created and supplied by: praxi (via Opera News )

Opinion: Raila Or Ruto May Win The Election In August If They Chose This Person To Be Their Deputy

Why You Should Marry A Lady Older Than You