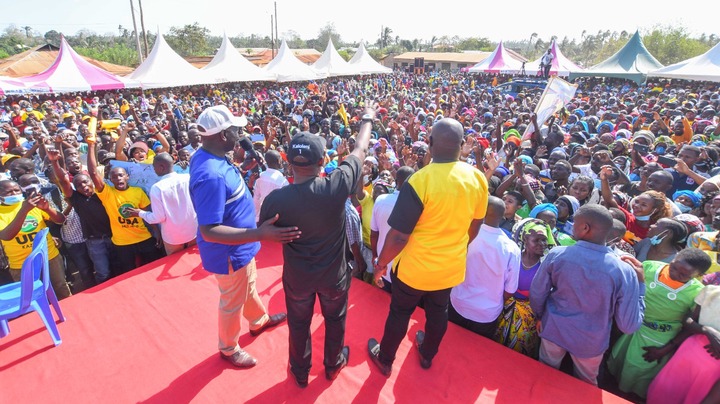 Deputy President William Ruto was last weekend on a tour of the vote-rich Coastal region. The DP was welcomed exuberantly in his rally where he drummed up support for his 2022 presidential bid.

Ruto was met with supporters in their thousands. It was a record crowd that has never been accorded to Ruto even during the 2013/2017 elections. In an interview with a local radio station, the DP revealed that in his rally in the coastal town of Ganze, a man fainted.

Ruto says that the man collapsed while he was addressing the crowd and further disclosed that it was out of hunger that the man passed out.

"When I was in Ganze what I witnessed there was not good at all. There was one person who fainted because of hunger," he disclosed.

The DP explained that this was the reason why he gave the residents food supplies worth 3 million in his visit.

"I had the knowledge that both the National and County Governments had food programmes for the region but as I also was visiting, I carried with me food worth Ksh1.5 million but upon reaching there the situation was worse so I was forced to double the food," he added. 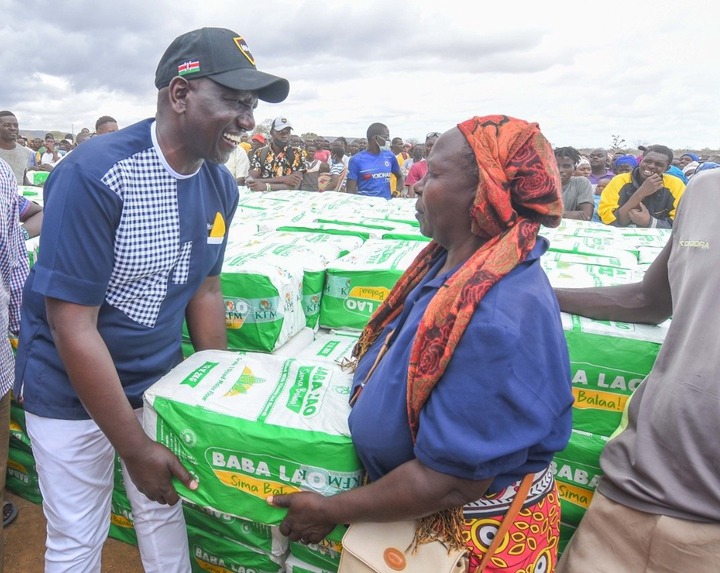 Ruto added that the coastal and northern parts of the country are currently experiencing hunger and drought issues. He seemingly blamed the opposition for diverting government priorities that led to the perennial hunger issues.

"It was unfortunate that our plans got hijacked by bad politics. For example, the Mwache project which was supposed to kick off four years ago will commence next month," he complained.