By EverythingKenya (self meida writer) | 12 days 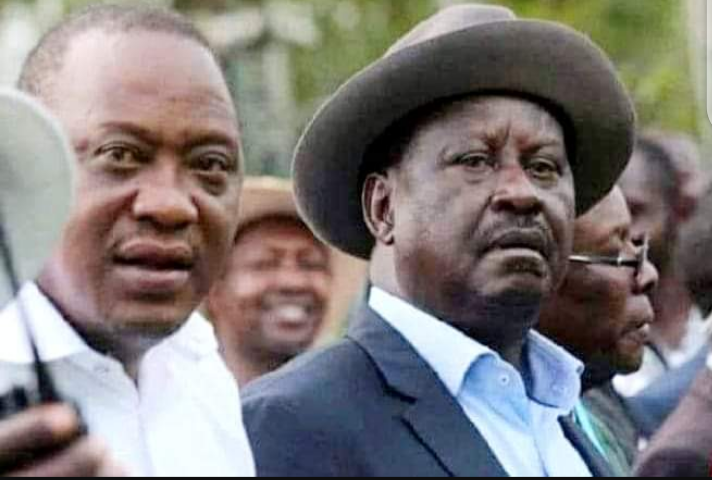 After Senior Counsel and member of JLAC- Okong'o Omogeni observed that 33 counties passed a BBI bill that had errors and that, only 11 debated the right version, politicians from all factions have come out with many different claims over the same, even after Parliamentary joint committee on the 'BBI Bill' downplayed the errors in the document as minor and correctable.

Kabando wa Kabando claimed that, he supported the handshake BBI until it turned into a deception, and a fraud.

He added that, Kenyans were being trolled, and insulted for their stand.

According to the former member of parliament for Murukwein, nobody owned Kenyans views no matter the position they hold in this country.

However, he congratulated the Members of the County Assemblies who boldly opposed BBI in their assemblies warning President Uhuru Kenyatta to date not extend his term claiming that, Kenyans won't allow.

This comes shortly after Political Analyst David Makali had asked Kenyans not to be surprised with BBI since, Even Baba himself surprised when the Bill he was presented with Uhuru Kenyatta in Kisii was not the one that he knew, and that the one signed at KICC was not the one received in Kisii. 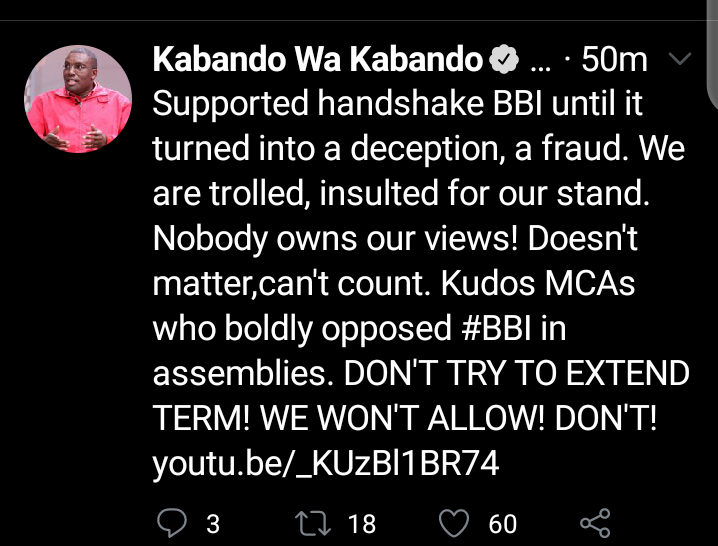 Popular Blogger Mourns Family Members Who Died in an Accident on May 7, 1990