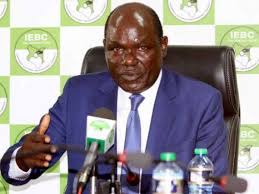 The Independent Electoral and Boundaries Commission, IEBC Chairperson Wafula Chebukati has dismissed allegations that Ford Kenya's party leader Moses Wetangula, has links with the commission as well as the firm mandated to print August 9 ballot materials.

Wetangula was made the topic of discussion by leaders allied to the Azimio La Umoja One Kenya Alliance led by Junet Mohamed, who claimed that the new Ruto ally had a deal with the firm, which is made to rig the polls in favour of the DP.

Junet further threatened that he would be releasing a video clip to defend his claims, a move that has been termed as 'a sign of sensing defeat' by leaders from the Kenya Kwanza Alliance.

Speaking to the media on Thursday July 6, Chebukati refuted the claims saying that the profiling of IEBC officers should stop, re-assuring Kenyans that the commission is an independent body, which is prepared to deliver free, credible and transparent polls. 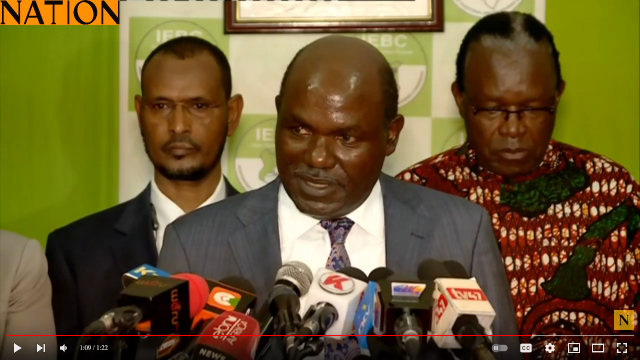 "We are against the profiling of IEBC staff. I have also seen some newspapers trying to profile me with Moses Wetangula. That is very unfortunate and he is only a Bukusu like me. We are both from Bungoma, and I think that is where the profiling is coming from."

"I have not sat with anyone on matters procurement, and thus it is unfortunate for leaders to stoop so low and malign the character of the chair. I therefore want to urge politicians to focus on their campaigns and sell their issues to the electorates who will be making the decision come August."

Wetangula on his side also criticized Azimio camp, saying that he has never sat with Chebukati on polls, with other leaders from Kenya Kwanza Alliance saying that they respect the independence of the commission and nobody is interfering with its responsibilities.

The Cost of Registering A Sedan In Uganda