By Onion (self media writer) | 2 months ago 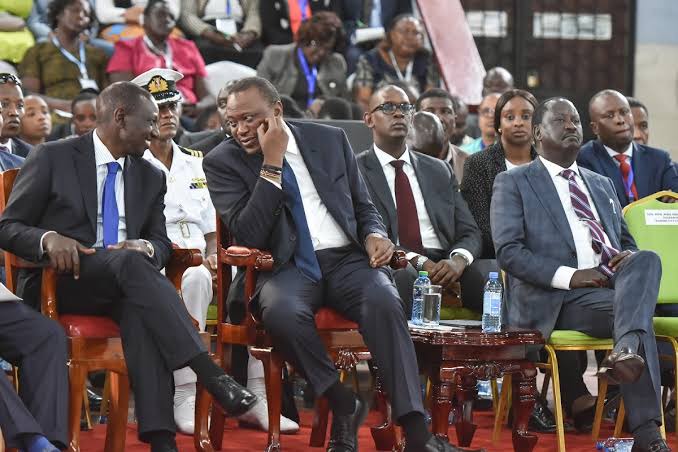 According to the news emerging from close allies of the former prime minister Raila Odinga, the deputy president should be thankful to both Raila Odinga and Uhuru Kenyatta because they had an immense impact on his political career. According to the standard newspaper, the close allies of Raila Odinga revealed that it was the former prime minister who introduced William Ruto into the big league political career where he currently sits.

Additionally, the allies of the former prime minister disclosed that the deputy president William Ruto only managed to hitch-hike on Uhuru Kenyatta's wagon for him to get to where he is currently politically. This has brought an in-depth conversation regarding the true nature of the same statements as the deputy president currently distances himself from Raila Odinga's political road.

The close allies of the deputy president on the other side are telling a different type of story contrary to what is being alleged by Raila’s allies. They believe that the deputy president William Ruto has been key in landing Uhuru Kenyatta into the presidency and making Raila Odinga the political kingpin he currently is.