If Upholding the Constitution is Disrespecting the President, then we Should Disrespect him~Shollei

By DailyBriefing (self media writer) | 25 days ago 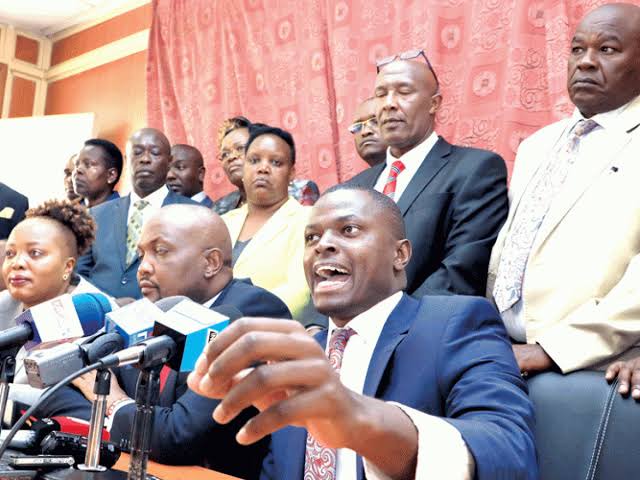 Last week the deputy president William Ruto announced his williness to patch things up with his boss. While speaking in a meeting with his allies Ruto had asked the clergy to arrange for a handshake with the president the move he would take without conditions since the head of state was his boss.

"The bishops have said that they want to mediate talks to reunite me with President Uhuru Kenyatta. I'm ready for the talks without attaching any conditions. He is my boss," the Deputy president had stated.

However, as things look now it seems the alleged plot for UhuRuto reconciliation could be a thing out of question as Tangatanga has vowed to disrespect Uhuru even more. Seen in a report from Kenyans.co.ke, the Tangatanga's Gladys Sholei revealed that their fights for Wanjikus and respect for constitutional rights is disrespect to the head of state then they have no choice but to disrespect him.

Sholei added that they would never compromise constitution just to show respect for president who is also their Jubilee party leader.

"If upholding the constitution is disrespecting the President, then we should disrespect him..." Gladys Shollei said. 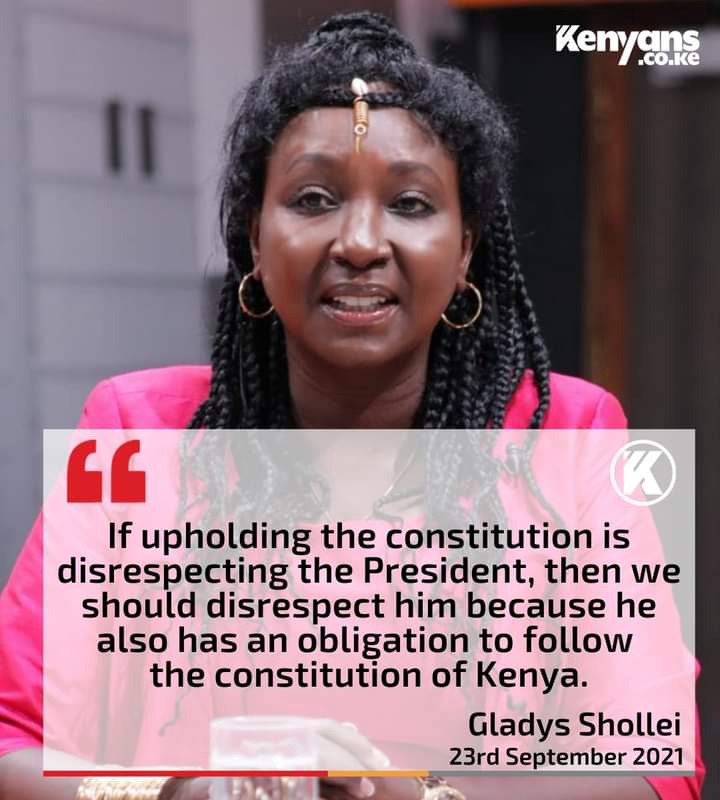 Major Setback For Ruto as Ally Changes Tune on BBI, Reveals What Should Happen if Raila Wins in 2022

Two Things That Hon. Raila Odinga Might Lose If Hon. Uhuru Withdraws His Support Before 2022-Opinion

Gladys Shollei Reveals Why President Uhuru Kenyatta Should Be Impeached