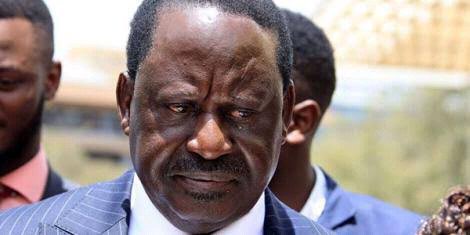 This is after Raila Odinga appointed Martha Karua as his running mate in the August polls.

The Mt Kenya leaders have accused Uhuru Kenyatta of forcing the people of Mt Kenya to vote for a weak (Martha-Rao) Ticket in the next general election. 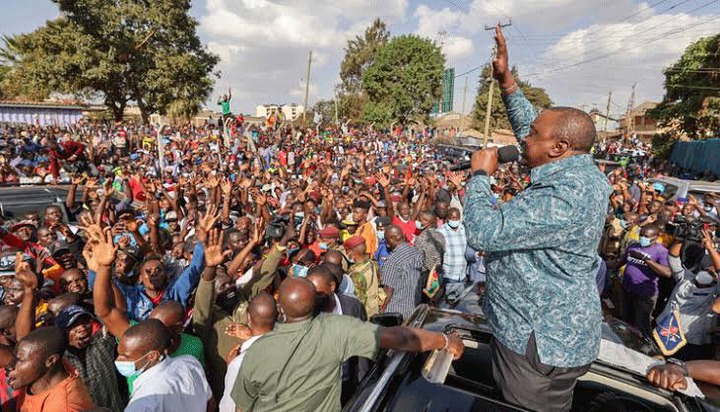 While speaking during DP William Ruto's Kiambu rally on Tuesday, a rally that took place in the Gatundu Stadium, Kikuyu Member of Parliament Kimani Ichungwa in a message perceived as a directed attack on the president said that it is sad and sickening that that then son of the Mountain whom they overwhelmed voted for in 2013 and 2017 has turned against them to pick a proxy as his preferred presidential candidate. 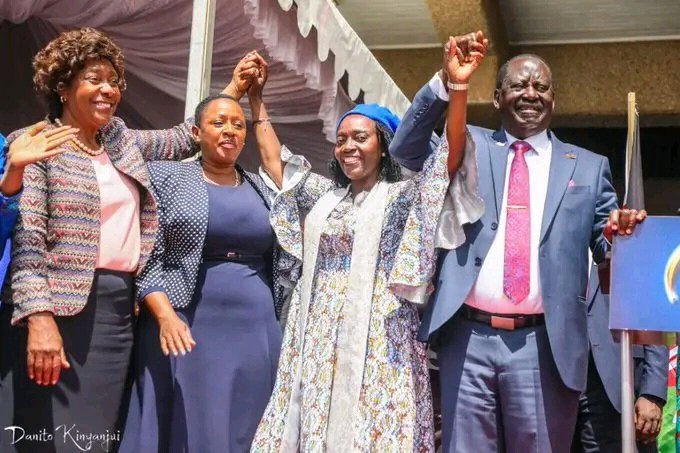 In his message, Ichungwah affirmed Kiambu's firm support for DP William Ruto and Rigathi Gachagua ticlet ahead of the upcoming August 2022 general election, saying the leaders allied to William Ruto in Mt Kenya have decided to conduct aggressive grassroots campaigns and even include DP Ruto's photo in their posters to see Kenya Kwanza forms the next government. 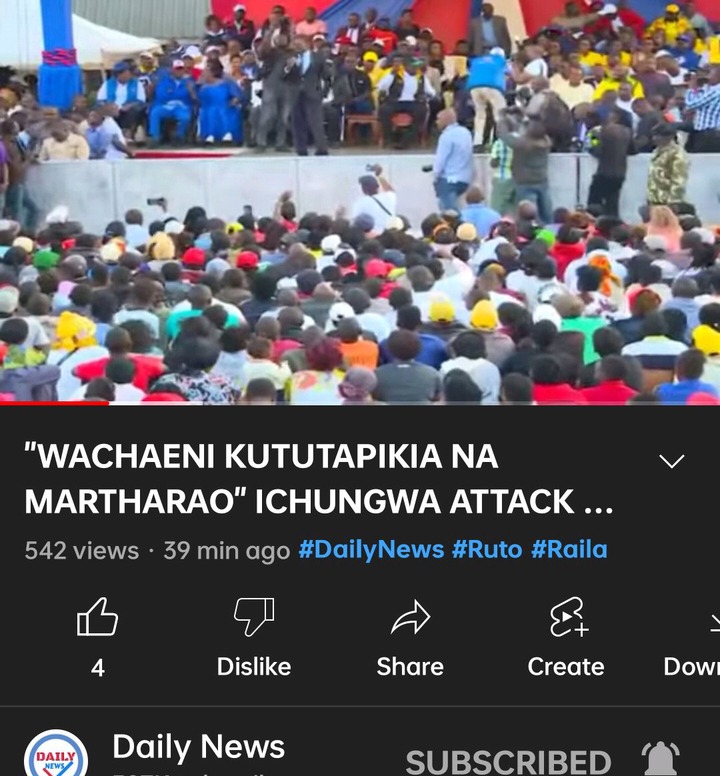 The statement by Ichungwa comes the same day deputy president William Ruto has again received another major boost ahead of the polls set for August this year.

The boost comes after several influential leaders from the larger Ukambani region have come out to put a white smoke on his face ahead of the upcoming polls. 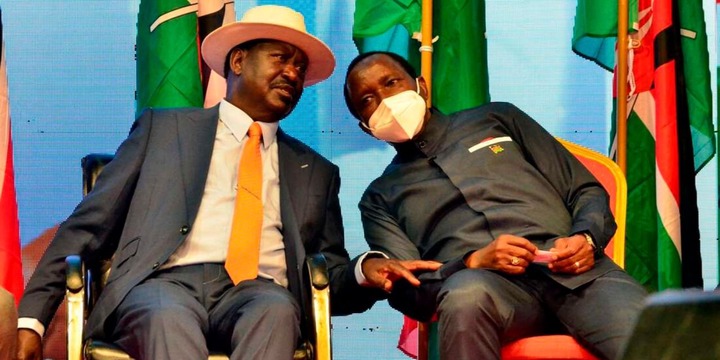 The Ukambani leaders have now come out to demand that Wiper Democratic Movement party leader Kalonzo Musyoka joins the William Ruto in Kenya Kwanza alliance ahead of the August general election.

The leaders have said that Kalonzo Musyoka has been misused by Azimio leader Raila Odinga until he has thrown him away as a useless individual. 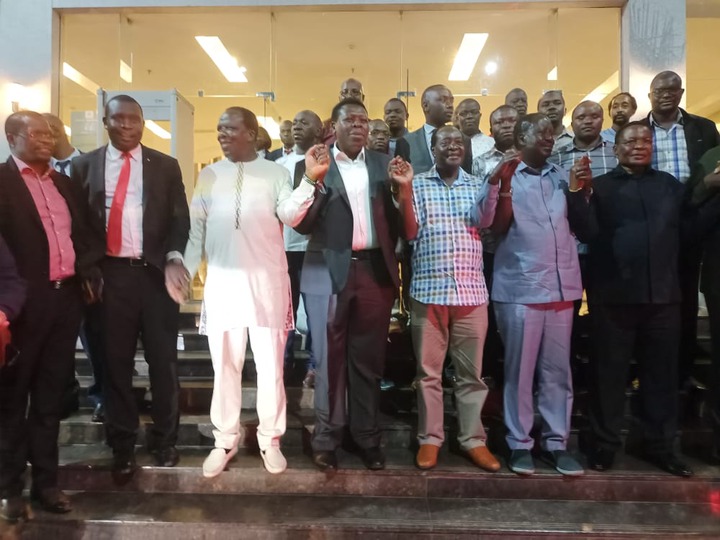 The leaders have now made strong demands that the Wiper Party leader Kalonzo Musyoka should join the William Ruto's Kenya Kwanza and help deputy president to deliver the presidency early in the morning on August 9th general election. 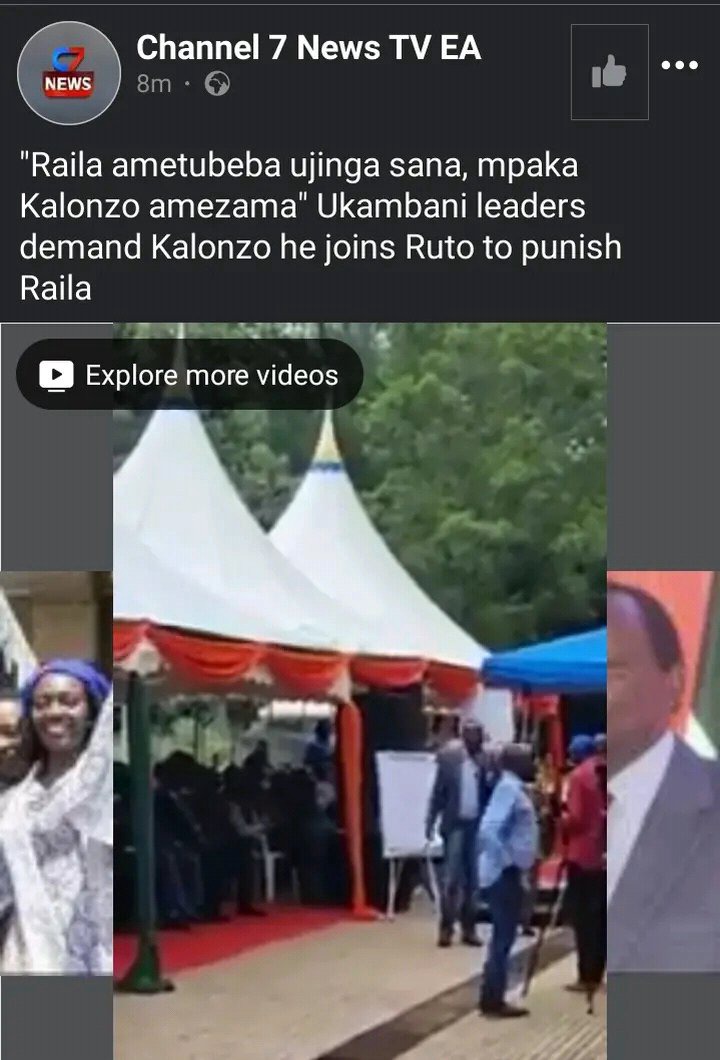 Do you think Uhuru Kenyatta will deliver Mt Kenya votes to Raila Odinga in the coming general election?

Gachagua Speaks How Raila Had a Huge Crowd in Nyeri, Reveals What Happened