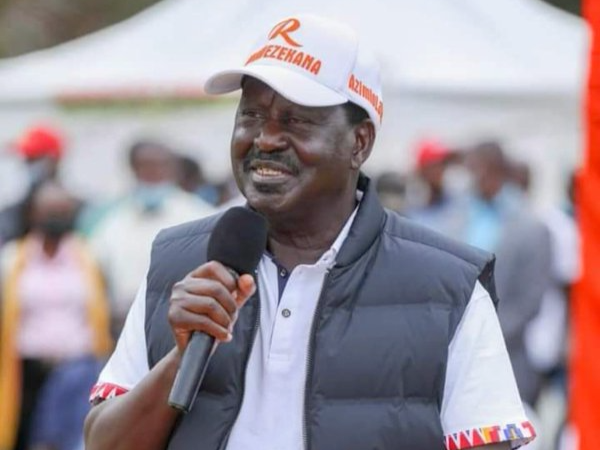 Muthama has alleged that the Former Premier used the 'Kibaki Tosha' narrative in 2002 when the going became tough for him in the Presidential race.

The Former Machakos County Senator has called on Raila to stop 'conning' Mt. Kenya people with the 'Kibaki Tosha' narrative since even if he never said it, the die was cast and the mountain had chosen Former President, Emilio Mwai Kibaki.

"Raila Odinga used 'Kibaki Tosha' narrative in 2002 when going became tough for him in the Presidential race. Therefore, he should stop CONNING Mt. Kenya people with it since even if he never said it, the die was cast. Their choice was Former President, Emilio Mwai Kibaki," UDA Chairman Johnson Muthama said.

The aspiring Machakos County Governor has stated that politics of conmanship are over and people only want to hear UDA's Bottom-up approach.

"Politics of CONMANSHIP are over, people want to hear about @UDAKenya's Bottom-up Approach that has solution to problems being faced by those occupying the bottom of the economic pyramid," Muthama added.