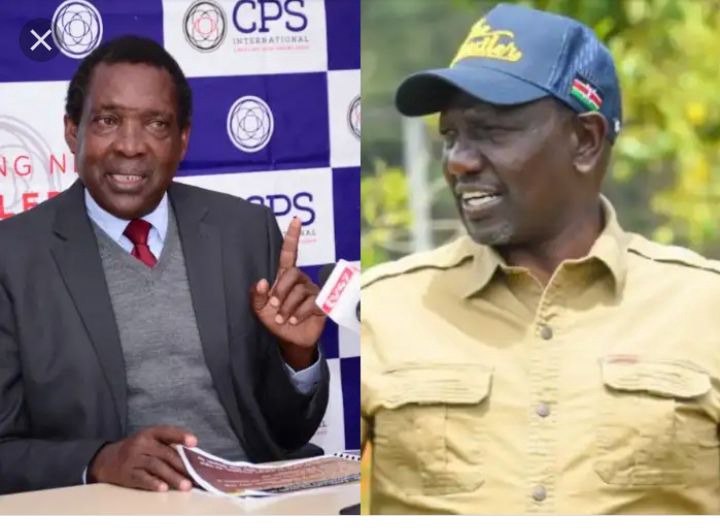 As Kenyans are approaching ninth of August, many politicians from different regions of the country Kenya are seen running up and down campaigning hunting votes for their various elective political positions as MCAs, MPs, Senators, Women Reps and Governors ahead of the polls.

The race to occupy the top most political seat on the other hand is not left behind as the top contenders for the forthcoming presidency race are seen to be the former prime minister Honorable Raila Amollo Odinga of the Azimio La Umoja-One Kenya Alliance and his counterpart the Kenya Kwanza Alliance flag bearer Honorable William Samoei Ruto.

These are the two presidential contenders that most people consider as the most popular candidates who might inherit the presidency power from President Kenyatta who is set to retire in August upon the completion of his two-terms.

Their celebrities across the country Kenya is believed to have come due to the fact that they have made inroads for their political parties in many parts of the country than other presidential candidates who are also eyeing for the top seat in the forthcoming presidency race.

Odinga's key ally the political analyst Herman Manyora during his interview with the K24TV rubbishes the idea that Mt Kenya region is behind the DP Ruto's presidential bid.

Manyora stated that people like Honorable Rigathi Gachagua think that young men on bodaboda making noise, jumping all over and filling their campaigns means that Mt Kenya is going with them.To elaborate on this, he stated that majority of Kenyans don't attend political rallies. 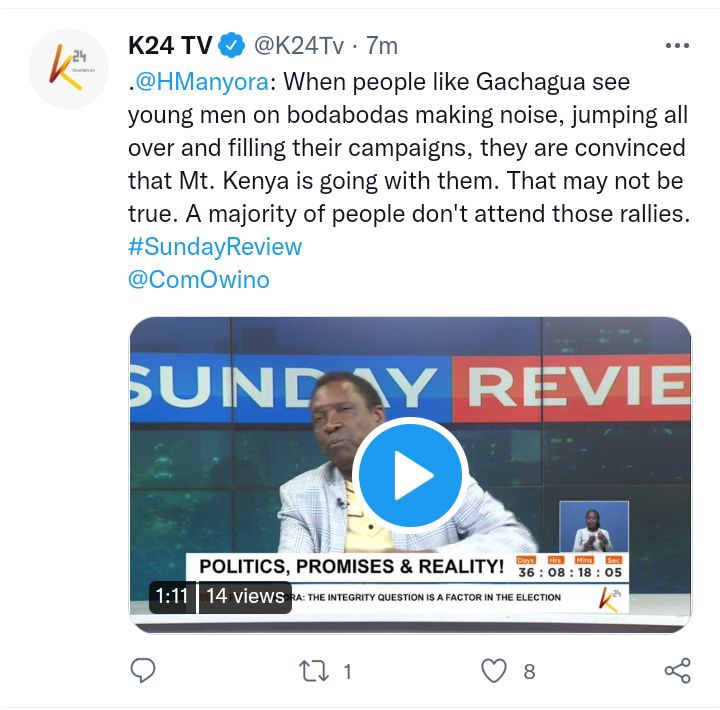