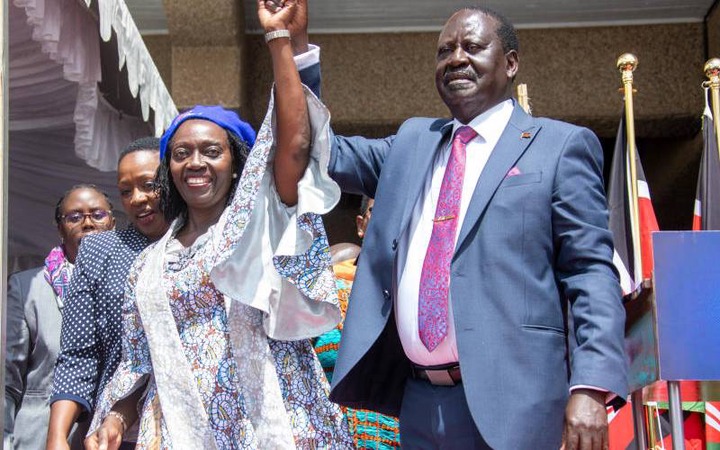 Political Analyst Professor Herman Manyora now alleges that should the Wiper party leader fail to rejoin the Azimio La Umoja One Kenya Alliance, and the Chief Cabinet Secretary position is assigned to Kitui Governor Charity Ngilu, then Raila Odinga should prepared to be sworn in after August polls.

According to him, the gender card has taken the country by storm, and a presidential ticket that has the Azimio's flag bearer Mr Odinga, his running mate Martha Karua and Charity Ngilu as the Chief CS, will marshal millions of votes to their basket in August.

Through his You Tube Channel, the University of Nairobi lecturer noted that Raila's decision to choose Karua as his deputy has changed the discussion on the demography that Kenya has been relying on of 'tribes and regions' to the gender factor which will now work in Raila's favour.

"There is talk about gender in this elections, it is working and will deliver. If Ngilu takes the CS slot, we will not be waiting for any elections. Raila will have to go on holiday, come on 8th August, wait to vote on 9th August and be sworn in as the fifth president. Things are moving so fast, with Ngilu it will be a done deal since the gender card will be so strong than it is now," argued Manyora. 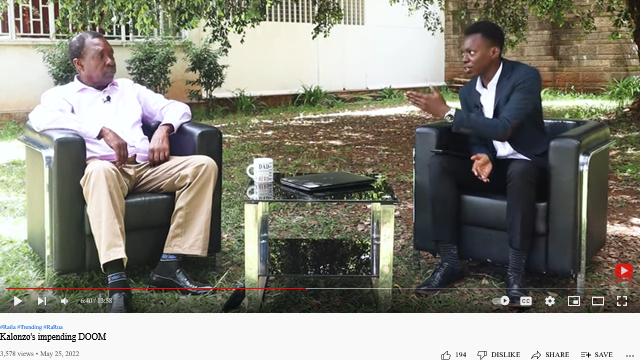 His remarks comes at a time when Ngilu rooted to have the position should Kalonzo fail to rejoin the camp, or dismiss the position if he goes back.

A number of Kalonzo allies have however hinted that the first sit down with the former VP once he jets back to the country will be the legality of the position since as it stands now, it is unconstitutional.

Video: Mike Sonko Delays To Go To Court After Conjestina Requested Him To Do This

Finally Fatou Bensouda Drops A Bombshell, As She Reveals This About President Uhuru

How President Uhuru Is Following His Father's Footstep On Ruling Kenya