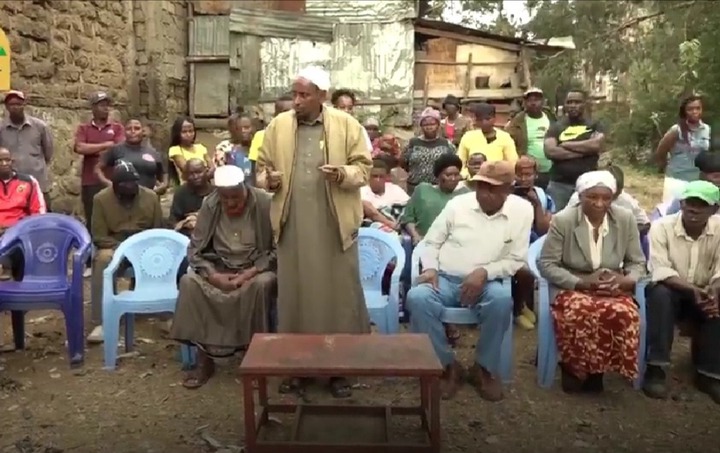 Victims of the Kariobangi demolitions, that started during the reign of the late President Daniel Moi have come out to ask President William Ruto to intervene and help them take back their lands since He promised to use His new administration to kill injustices and also elevate the poor.

Speaking during interview with K24, the group of families now say that most of their children have grown up there and now have families, who know that their home is located there but the government decided to throw them away. They also added that that they have landmarks that would act as proofs, together with other lawful documents that are very valid. 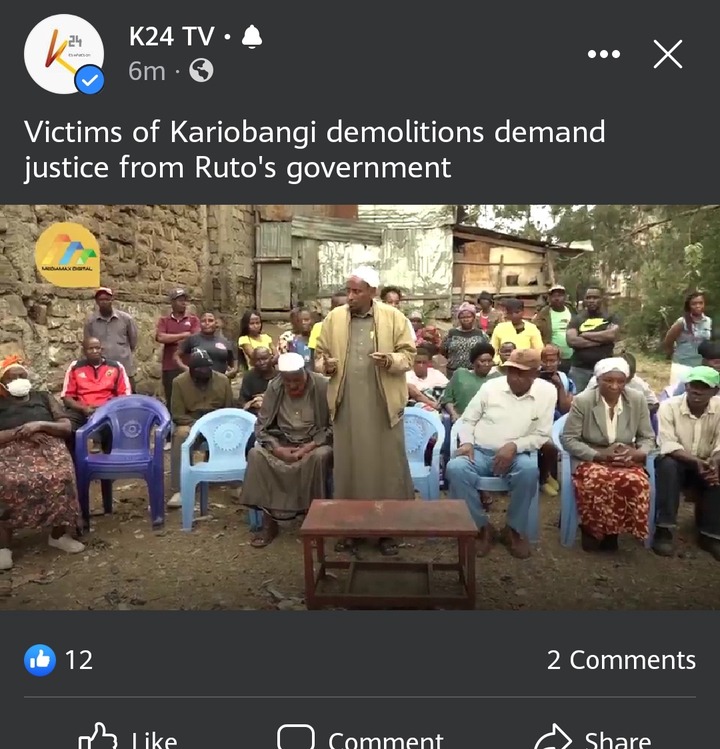 "We have our Children who grew here and have even become adults with their own families who have always known that this is their Homes. The cruel act by Moi's government to evict us from here caused many damages, and we ask Ruto and His people to help us regain our lands, since He always advocated for equality during His campaigns. We have the right documentations and also private landmarks that prove our claims. "One Man said.

One Victim identified as Kevin Mikoya said that He even lost one of His legs due to an amputation exercise that was taken after He got an accident, that resulted from a Tractor which ran over Him when He was Trying to salvage His own property from more damage.

Others claimed that they are still languishing in poverty, and no proper funds or ways to start again in their lives which have turned out to be a mystery.

The demolitions also happened in 2020 during the Corona Virus pandemic that left many questioning its validity, and also the lawlessness that was being exercised by a section of government officials, who were suspected to be part of a cartel that wanted to grab the land.

Ruto during His campaigns in the region had claimed that He will move with speed and help the victims as part of His first two years plan, together with other people who were abused during the just ended reign of Uhuru Kenyatta.

FIFA World Cup: Raila Congratulates Senegal For Advancing To The Round 16

The Loan Limits For President Ruto, Gachagua And Mudavadi In The Hustler Funds Today