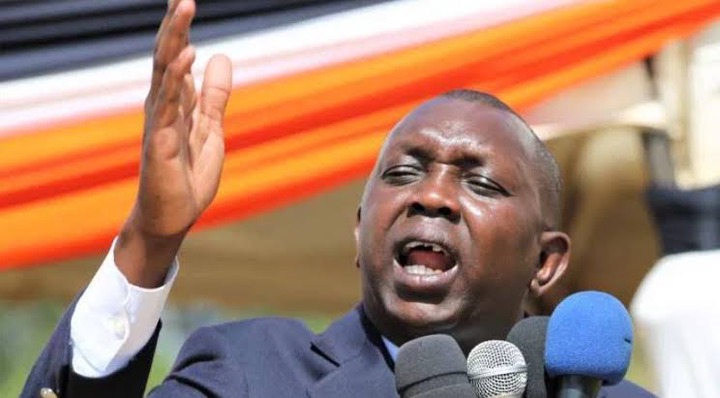 Kapseret Member of Parliament Oscar Sudi is one of the most vocal and extremely controversial TangaTanga legislators. He has been landing himself in trouble every now and then due to his ugly speeches at times but today, Kenyans were shocked when he appeared in the 34 members list of MPs who did spend the whole of last year without speaking in Parliament.

Many Kenyans who appeared shocked to see Oscar Sudi in that list of dump MPs have been reacting on the matter while Sudi himself has been silent but as we are speaking, the powerful legislator has finally broken his silence to clear the air on why he has not been speaking in Parliament.

Through his official twitter account, Oscar Sudi claimed that it is better to work in development projects than keep on talking in Parliament. He claimed that actions speaks louder than words and that's why he doesn't consider talking a lot while in Parliament.

"Which one do you prefer?... Speaking in parliament the whole day or serving the common mwananchi? Which performance outweigh the other?... Kiingereza mingi ama maendeleo? Actions speak louder than words." Tweeted Oscar Sudi. 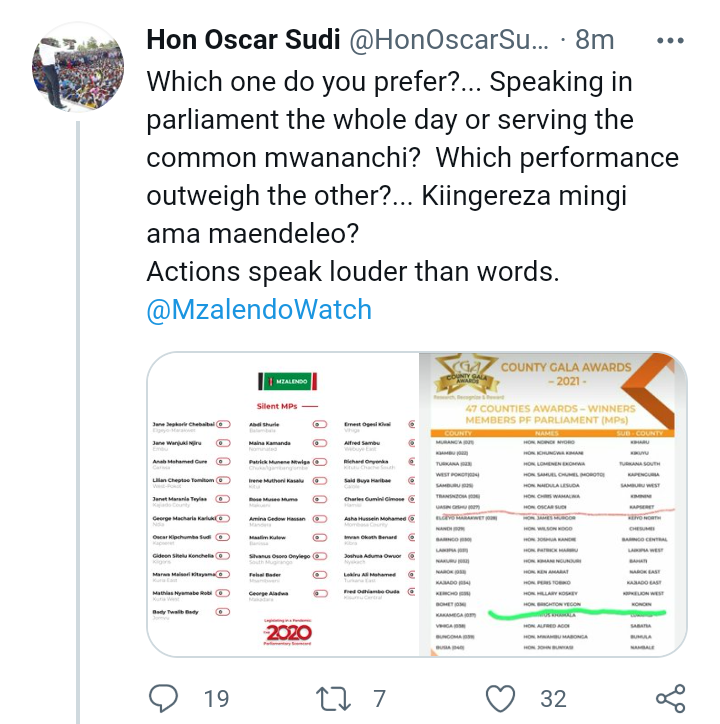