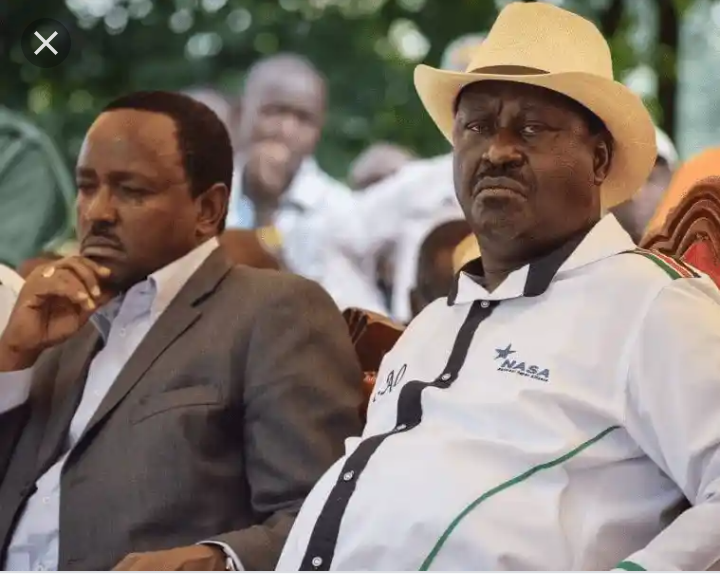 In their spirited efforts to put the Kenya Kwanza government led by President William Samoei Ruto under stern check, Azimio La Umoja One Kenya Coalition party is still facing an anthill task. The Raila Odinga-led outfit is struggling to consolidate its house in order despite series of defections to the government side.

So far, host of both elected and non-elected leaders have since shifted their allegiance to the Ruto-led regime, moves that are continuing to spell doom for Azimio Coalition. 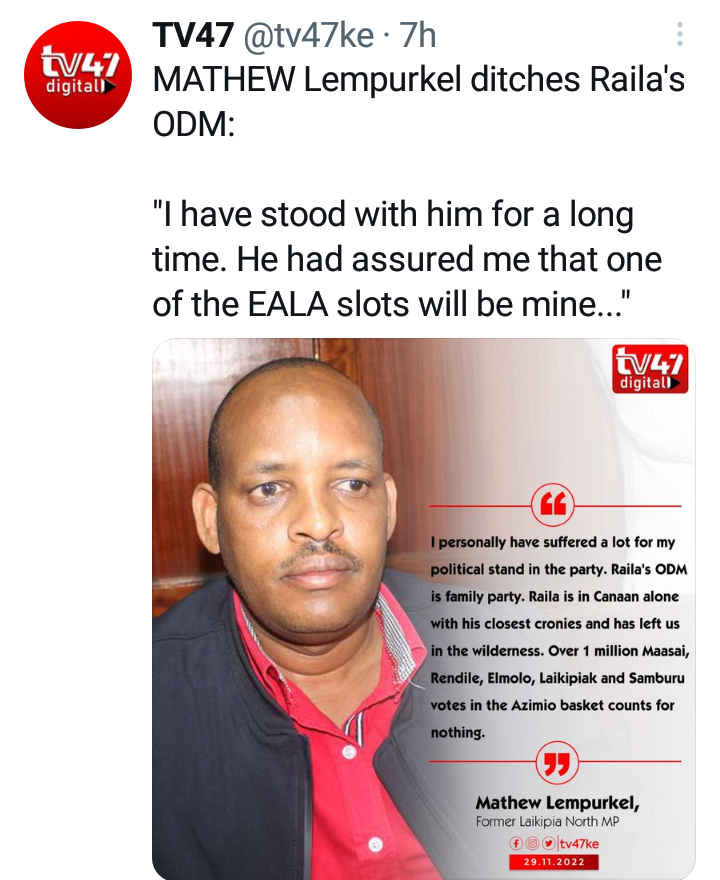 The former Legislature has revealed that despite standing with Raila and ODM for quite a long time,he has finally received betrayal of the highest order.

His defection has been precipitated by what he revealed as a clear move by Raila to deny him nomination to the East African Legislative Assembly despite him being promised the same.

He has termed the ODM party as family party owing to the fact that Raila's daughter, Winnie Odinga was smoothly pushed to the East African Legislative Assembly, courtesy of his father and ODM.

Lempurkel's defection worsens Raila's woes as he continues to gradually lose his foot soldiers from different parts of the country. Is end of Raila Odinga looming? 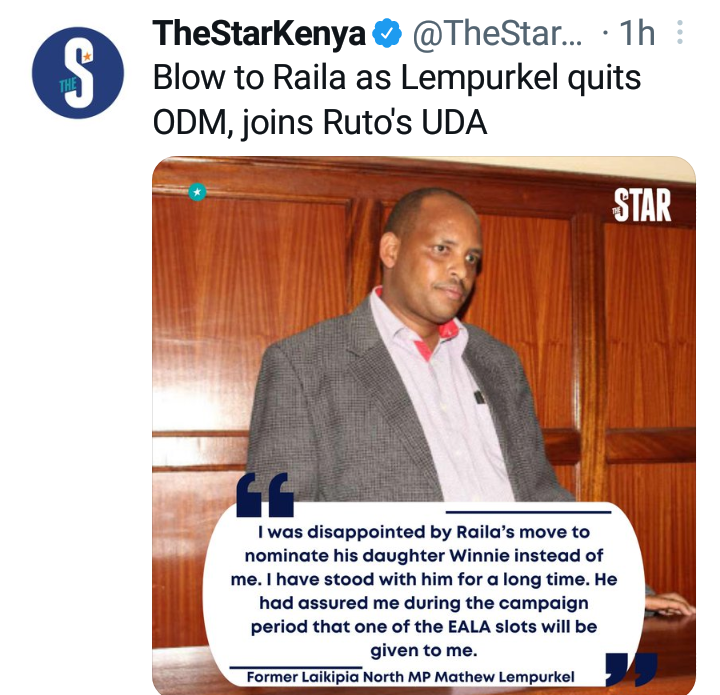