Michael Wamalwa the Generous, Eloquent, Fancy and the Poor Vice President Kenya ever had

By RoyalPine (self media writer) | 28 days ago 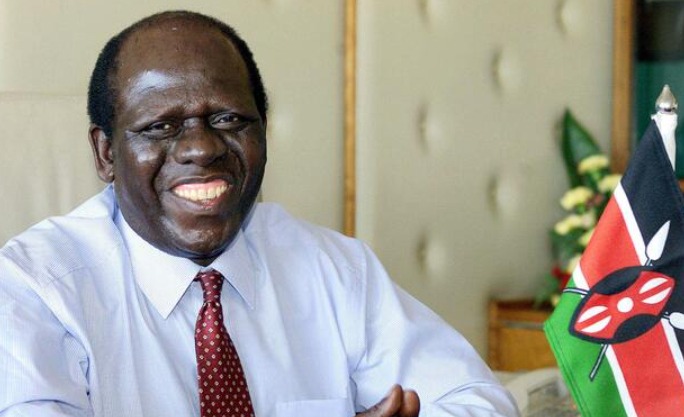 Wamalwa Kijana passed away with meager possessions compared to the average politician today. People who know him think that the former Saboti MP is excessively kind. When he was chosen as vice president, despite having a long stint in politics, he was residing in leased housing.

Kijana Wamalwa, a lawyer and alumnus of the London School of Economics and Cambridge University, enjoyed classical music, Tom & Jerry cartoons, and Shakespeare.

Four of Wamalwa's children—Jabali, Muthoni, William Wamalwa, and William Wamalwa Jr.—at some point pursued legal action against their stepmother Yvonne regarding their father's fortune after he passed away.

By way of their sister Alice Muthoni, the two sons—William Samuel and William Wamalwa Jr.—have accused their stepmother, Yvonne Nambia, of failing to account for Ksh3.4 million that was in their father's suitcase at the time of his passing and Ksh36.7 million that had been released by Parliament as his retirement income.

Wamalwa's estate included 300 acres of maize-growing property in Kitale, as well as 40 acres of land in Trans-Nzoia worth Sh4 million, Sh500,000, and five acres in Milimani, Kitale.

Wamalwa possessed 20 head of cattle in Kitale, a Standard Chartered Bank account, a Range Rover, and a Mercedes 300S at the moment of his passing, and was also entitled to a lifetime stipend and pension under the Parliamentary Pensions Act.

Wamalwa's meager assets characterize a politician who was a completely different kettle of fish in a country where the typical large politician is a corrupt billionaire.

Those who knew him say the former Saboti MP was generous to a fault and that if he walked into a pub with Sh50,000 in his wallet, he was certain to walk out without a coin to his name, having handed out alms to those seeking cash for fees, hospital bills, food, and what not.

Despite his long career in politics and a stint as the CEO of a government parastatal, he was living in rented quarters when he was appointed vice president in 2002.

But a shadow was cast over his integrity when it was reported in Parliament that the deposit for his house in Karen was paid by a firm associated with conman and controversial businessman Ketan Somaia.

He was still making partial payments on the house at the time of his passing, so the government came in and took the tub.

The dashing Wamalwa, son of a senator, was known somewhat as a playboy when he was a young law instructor at the University of Nairobi. His eloquence and prowess of the Queen's language were bewitching. That was Mike, with his fancy clothes, alcohol, fast vehicles, and beautiful ladies.

Content created and supplied by: RoyalPine (via Opera News )