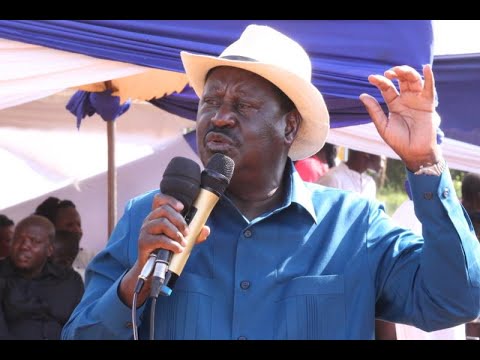 The Azimio La Umoja one Kenya Alliance coalition have already accepted the 9th August poll and are currently manning up to begin counter checking the government of the day.

Raila in his statement after his tour of Zanzibar vowed to form an opposition that will ensure William Ruto's government is held accountable in their first term in office.

The Azimio la Umoja flag bearer in his statement also vowed to clean the Independent Electoral and Boundaries commission which he said messed up with elections. Raila says this is a project that he wants to see over the line as early as 2024.

One the other hand, President William has always insisted that he is not ready to enter into any deal with Raila Odinga because this will make the two parties dine together in the expense of common Kenyan.

A report reveals that the President in his manifesto had promised to establish an office for an opposition leader that will ensure the leader gets salaried to motive him to continue putting the government on check.

Upon his return from Zanzibar, Raila Odinga seem to have taken up the role he has handled since 1980s by questioning Ruto's decision to allocate money to the Judiciary without following legal procedures. 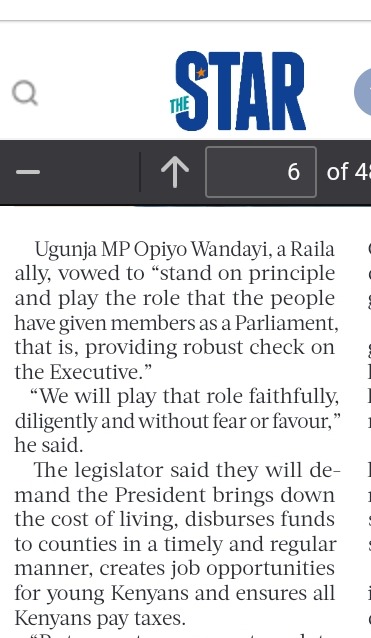 Ugunja MP Opiyo Wandayi who is also selected by the coalition to contest for the majority leadership role in the national assembly has also accepted to work as an opposition leader, listing 4 things they will be demanding from Ruto's government.

According to information provided on the Star Newspaper today, the legislature says that they will demand the President to bring down cost of living, disburse money to counties in time, creat job opportunities and ensure all Kenyans pay tax.

Aden Duale on the spot for endorsing his brother-in-law to this powerful government position.

I am In ODM To Stay , Oparanya Denies Claims That He Has Ditched Raila