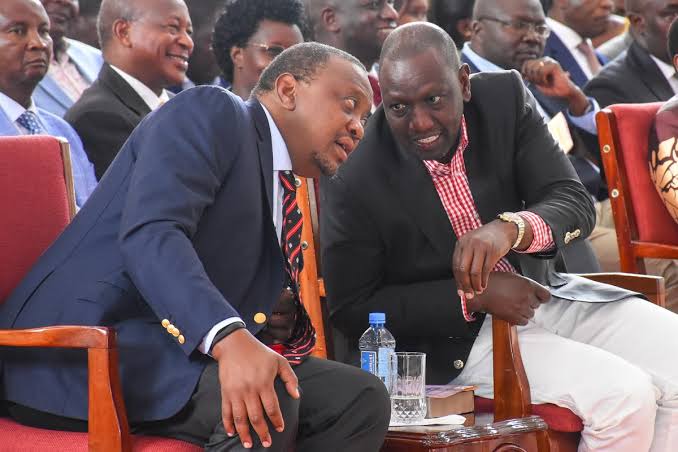 President Uhuru Kenyatta has since the nullification of the Building Bridges Initiative by the High Court remained mum, despite his close allies and associates from the Former Prime Minister's announcing that they will appealing the ruling.

While giving out the BBI judgement, the five bench judges led by Justice Joel Nyaga stated that the president is not allowed by the constitution to initiate constitutional changes, but instead he can advice the Attorney general to use the parliament in initiating the reforms, hence he contravened and violated Chapter six of the constitution that entails leaders and integrity.

The judges went on to add that a sitting president who violates such, risks impeachment for violating a constitution he vowed to protect and defend.

With this, the BBI proponents thought that, Deputy President William Ruto was given an 'open opportunity' to initiate his boss's impeachment, but according to his allies, they are not in to that.

However, Nyeri Town Member of Parliament Ngunjiri Wambugu in an interview with the Nation revealed that the Head of State was not worried about his impeachment, since he knows that Ruto can't pull more than 127 MPs to support an impeachment motion.

"The court was wrong and the Deputy President does not have numbers to do anything in parliament," said Wambugu. 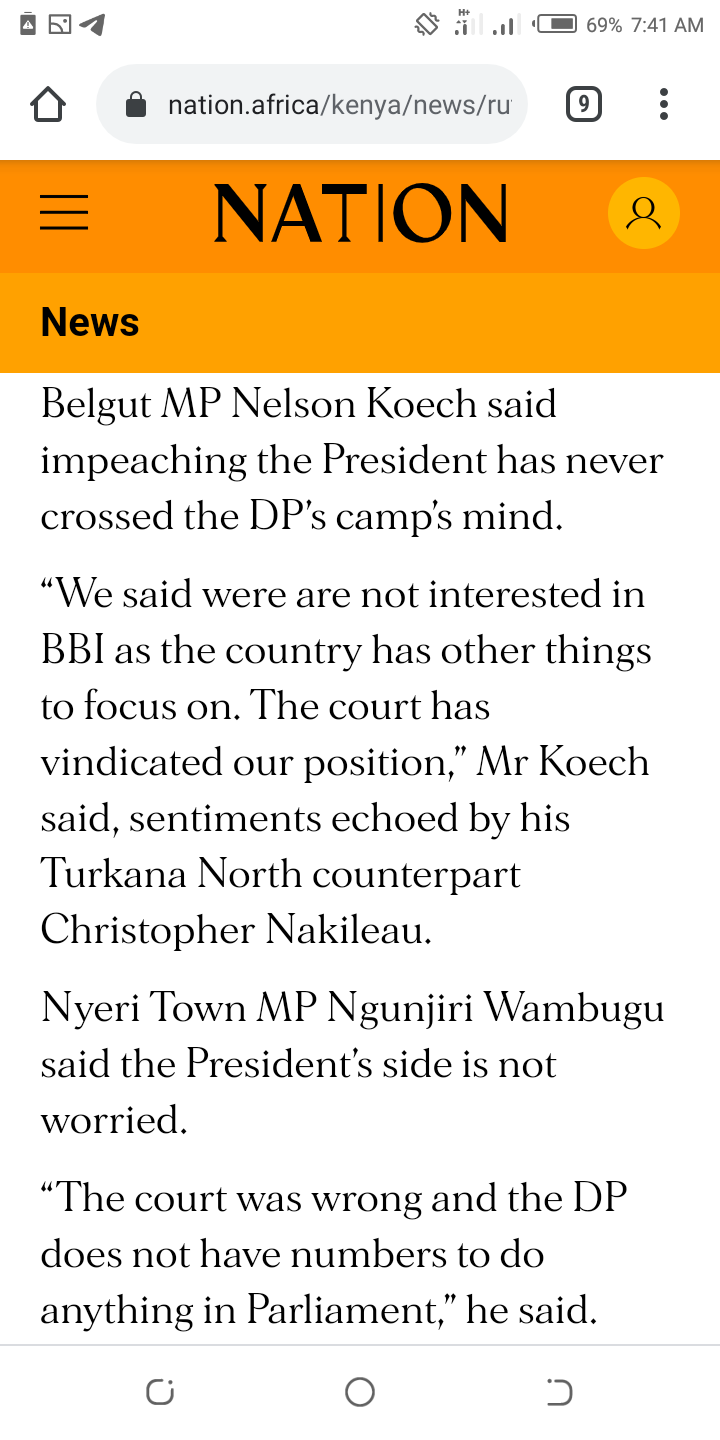 This comes a couple of months after Uhuru called upon his DP to resign from his position for criticizing the government.

The Amani National Congress deputy party leader Ayub Savula also threatened of initiating a motion to kick out Ruto on claims that he has disrespected the president by not supporting the BBI report.