By LydiahNewsKenya (self meida writer) | 8 days 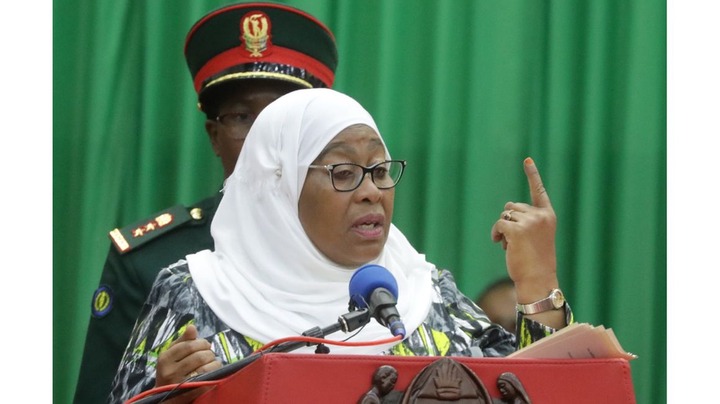 During the reign of the late Tanzanian President John Pombe Magufuli, the opposition cried foul following mistreatment from the government. This forced the opposition chief to seek asylum in Norway after a gun attack on him failed to materialize. Today however another opposition chief's whereabouts are unknown after being arrested by police. 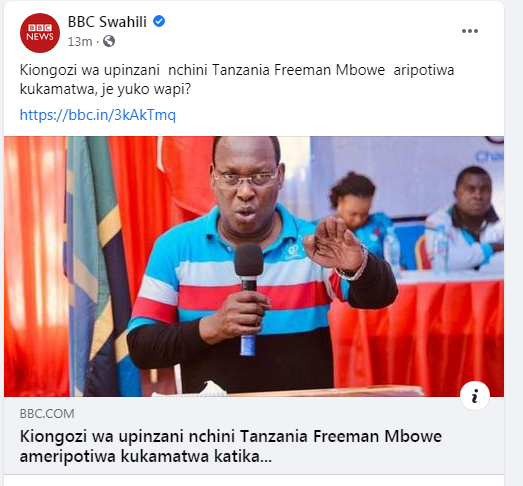 Media reports from the country claim that the vocal opposition leader Freeman Mbowe's current location is unknown after he was arrested by the police. Freeman has been vocal in opposing president Suluhu’s administration accusing it of corruption.

Tanzanian’s have however raised concerns over the matter with some claiming that the freedom of speech in the country is currently being gagged by the government something that the government spokesperson has vehemently denied. During her swearing-in president, Suluhu stated that she will follow the constitution and the rule of law to the later a complete opposite of her predecessor Magufuli. 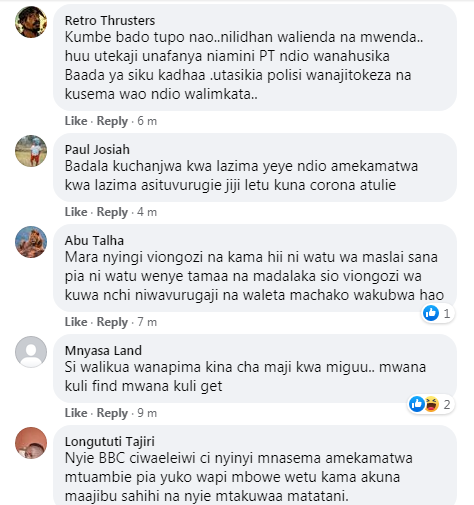 "I Don't Sympathize With Ladies Killed By Boyfriends, Soon I'm Gonna Be In That List" Officer Warns