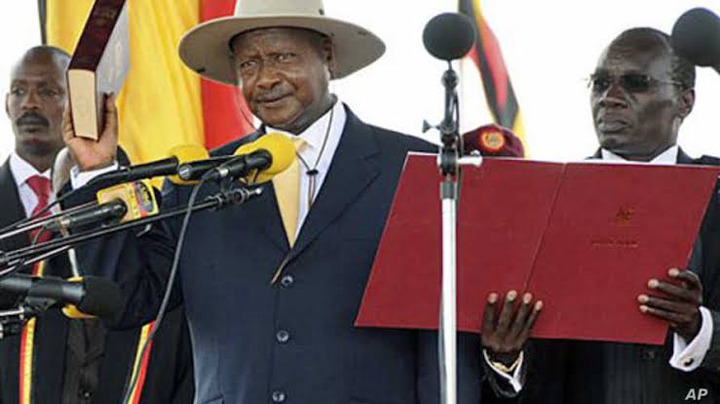 Museveni was recently sworn in for another term as the President of Uganda. His swearing has almost calmed the heated political temperatures between him and his opposition leader Bobi Wine. However, the unfolding events in Uganda have now given Museveni a big headache.

At the beginning of the month of May, the minister of works and transport, General Katumba Wamala was forced to sent home senior managers of Uganda National Airline Company Limited which runs the state-owned Uganda Airlines. Those who were on the list included the company’s chief executive officer, Mr. Cornwell Muleya, who has been suspended for 90 days.

The entire company board of directors were also asked to step aside as more investigations are done. Wamala insisted that managers were not actually suspended but just asked to take accumulated leave. He added that it is an opportunity to see the competence of their juniors officers who are now in charge.

On the other hand, president Yoweri Museveni has vowed to take stern action against the Uganda Airline corrupt officials. However, many Ugandans reacted to these remarks. Some said, "How can he claim to fight corruption when his family members are practicing it and instead are being rewarded for another top jobs,is Jennifer Bamuturaki above the law?"

Others asked, "Has Kaguta Museveni's government ever won any battle with a corrupt official? They will only tell us that a certain Mugisha stole some 20 billions and that will be the end of the story. One year later, this Mugisha will be promoted to a better office." 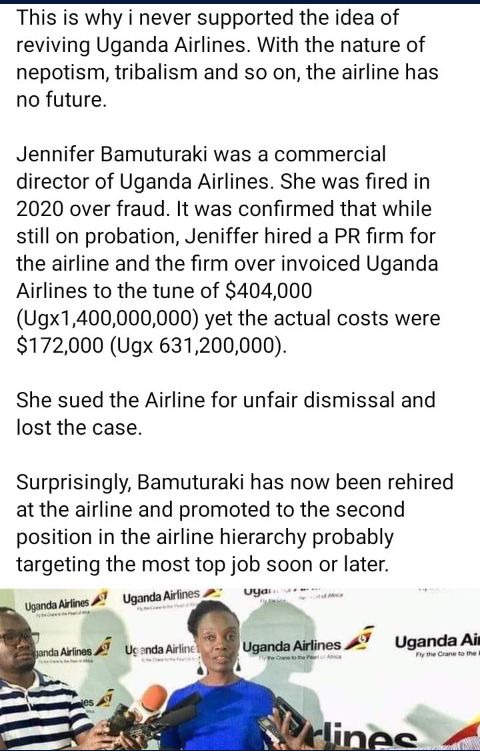 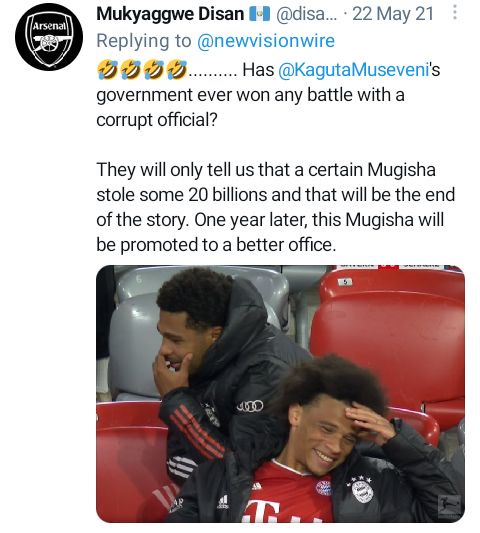 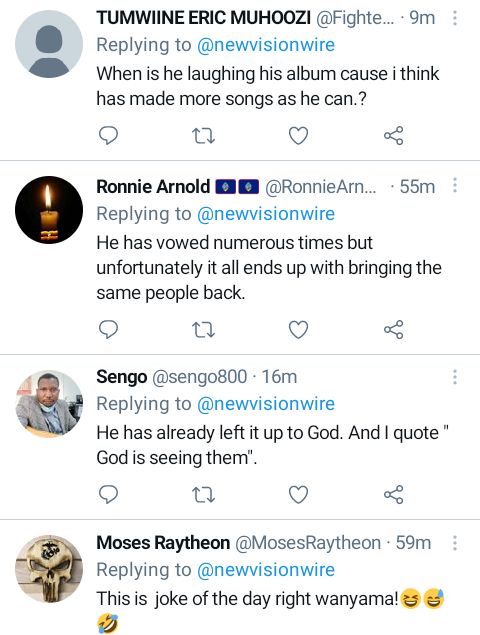 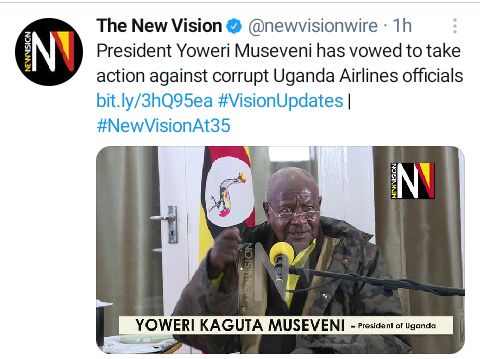 Photos Of The UDA's International Office In United States

Is Money Allergic to Beards? Photos of Kenya's Most Successful Billionaires With Fully Shaved Beard

4 Things Ladies Do To Show They Truly Love You