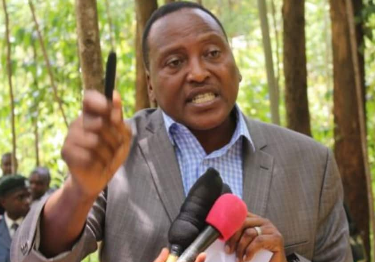 Kitutu Chache MP Richard Onyonka has criticized all presidential candidates for ailing to state in their campaigns how they are going to empower women in they win the presidency in the coming general elections.

Speaking on Spice FM on Monday morning, Onyonka argued that the Deputy President William Ruto, the former Prime Minister Raila Odinga, Wiper Movement party leader Kalonzo Musyoka, ANC's Musalia Mudavadi among others have not revealed how they are going to achieve the Constitution recommendation of the Two Third Gender Rule in their administrations in case they take over from President Uhuru Kenyatta.

The fearless legislator went on to state that the MPs failed to support the bill, since they felt they are under siege, and their female counterparts will give them hard time in debating different motions.

"I have not heard any presidential aspirant talking about how the are going to do about women empowerment. They just lie about it. I have been in parliament for 15 years, we have been unable to pass the gender bill, and yet those seeking the presidency cannot talk about it. This is because we do not want to face it the way it is . All men have refused to vote for it because they feel under siege," said Onyonka.

The former Chief Justice David Maraga advised the president to dissolve the parliament over the gender bill issue. 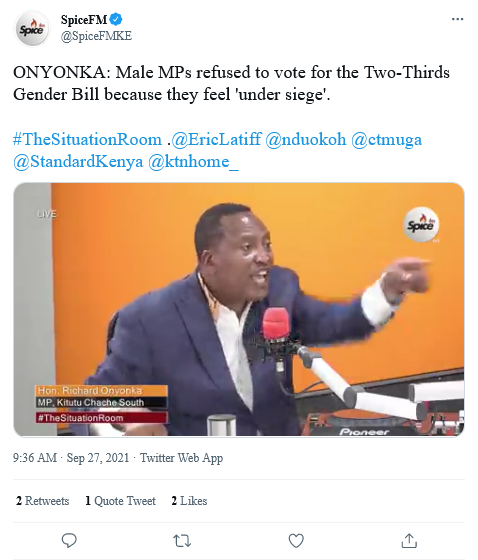