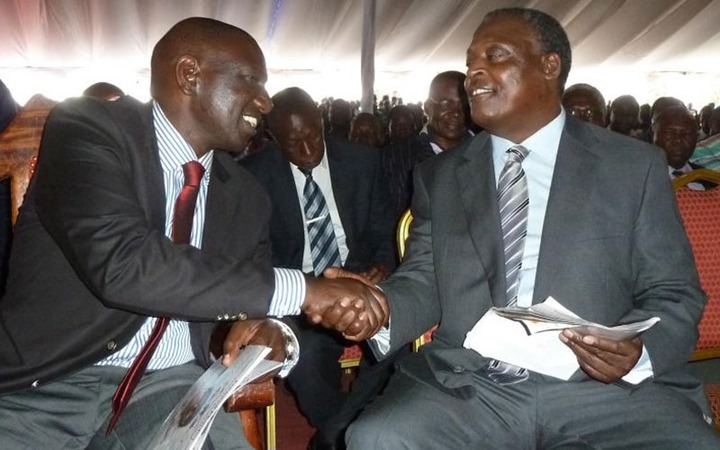 With few months remaining before the 2022 general polls, politicians from across the country continue to come out and align themselves with different political factions.

Among those who had been away from active politics and have clearly expressed intentions to dip their feet into the muddy political waters, includes former Lugari MP Cyrus Jirongo.

Jirongo was one of DP William Ruto's close associates during the Youth for Kanu 92 (YK92) and during the formation of UDM and URP parties in early 2009.

The two, however, parted ways after Ruto joined President Uhuru Kenyatta ahead of 2013 to merge his party with TNA. Ever since then, Jirongo has been on and off when it comes to active politics, with his once-powerful name slowly dwindling into political oblivion.

However, Jirongo seems to have revived, with his recent appearance in public in the company of One Kenya Alliance (OKA) partners, leaving questions on whether the former powerful UDM politician is up to any elective seat in 2022.

And on Sunday, while appearing for an interview with K24TV, Jirongo poured water on his former ally's presidential bid, saying there is not even a single politician in the country who currently believes in Ruto's presidency.

According to Jirongo, there are some things that are making most political bigwigs in the country not trust Ruto for the presidency come 2022.

"Of all the politicians in the country, I have not seen even one who believes in Ruto's presidency. Raila does not believe in him, Musalia the same, Wetangual, Uhuru and even me do not trust him. There are things all these leaders see that Ruto does not meet to become the president of this country," stated Jiriongo. 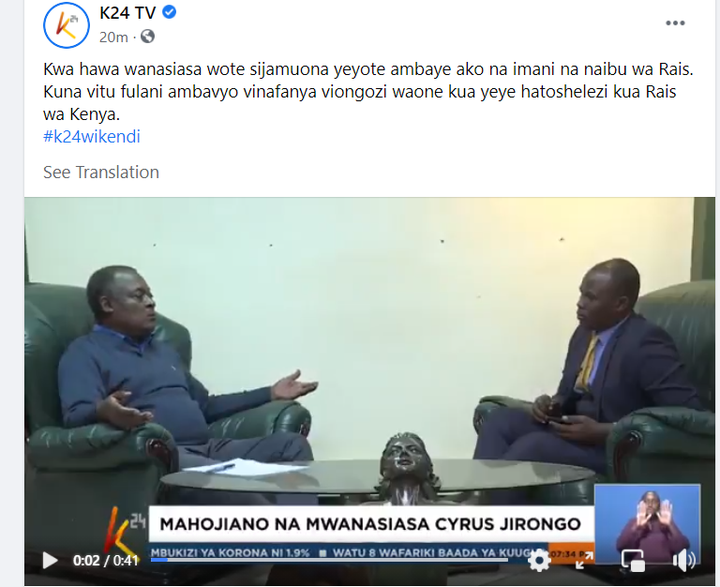