While addressing Kenyans from Wang'uru International Stadium in Mwea Constituency of Kirinyaga county during this year's Mashujaa Day celebrations, Deputy President William Ruto made a bold and moving speech that amazed not only his supporters in the stadium but also President Uhuru Kenyatta.

The DP who was speaking just after the former Prime Minister Raila Odinga took a moment to passionately dwell on the succession politics of this country in his speech, as he honoured President Uhuru Kenyatta for his legacy and development record.

He started his speech by naming the different groups of Kenyans that should be recognized as today's heroes and that list included our soldiers, our farmers, and traders who wake up early in the morning every day to work and generate taxes for the government.

In a composed manner and clear voice, the DP then added that "we celebrate you your Excellency President Uhuru Kenyatta as our leader and hero of today."

That "the last nine years have seen unprecedented development in our country from building the SGR, constructing of ten thousand kilometers of tarmac roads, connecting more than eight million Kenyans to electricity and much more."

Recognizing that it's indeed an amazing legacy that Uhuru was leaving behind as he finishes his term come next year, the DP assured the President on behalf of himself and his competitors like Raila Odinga that all will be safe. 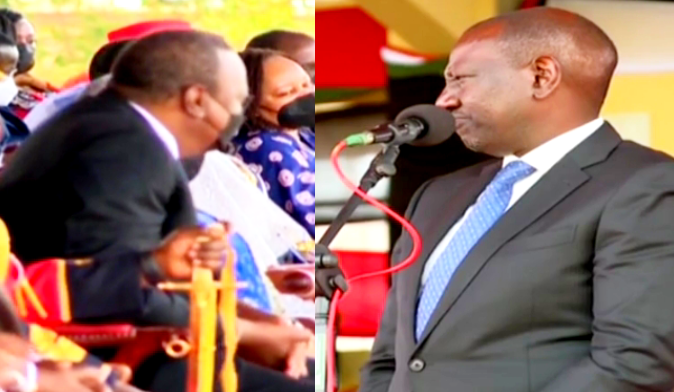 "I want to give you an assurance on behalf of myself and my competitors that we will safeguard your tremendous legacy. Anything you've left behind will not be left but rather will be completed and we will built on it," he said.

He explained that "God willing, I'll make sure that your legacy of uniting Kenyans, the Big 4 Agenda together with the bottom-up economic approach takes this country far."

In conclusion, he said that "we will work together with one another in a peaceful manner and tolerate each other because we have no other country except Kenya."

His words not only elicited excitement from the crowd at the stadium but also made President Uhuru Kenyatta clap relentlessly as captured in the video of the link below. 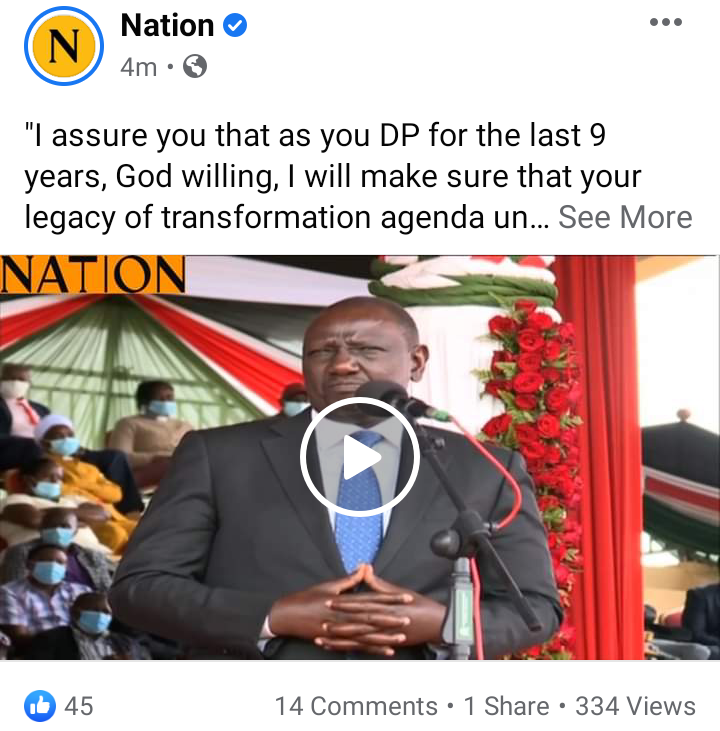 Survival tactics that you should employ in your day to day living.

"H. E Uhuru Is Free To Endorse Him" Politician Hints Whom President Is Likely To Endorse