Waiguru Makes Interesting Claim, Alleges What The 'System' Tried to do to Her in 2017 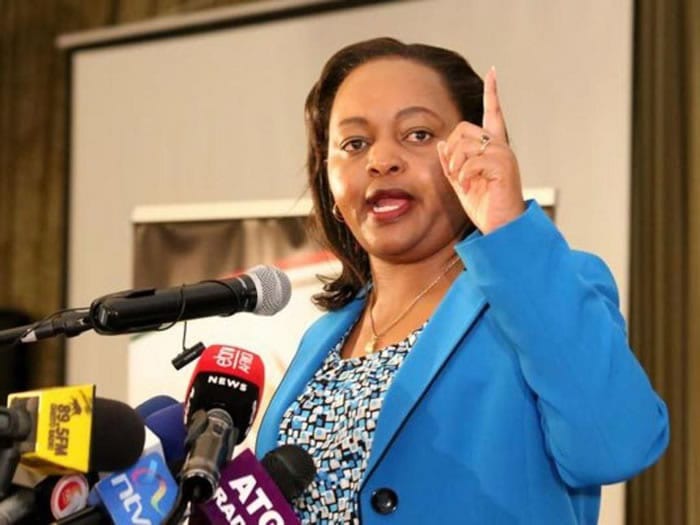 Kirinyaga governor Anne Waiguru has become the latest leader to publicly acknowledge the existence of the said cabal of powerful individuals and state officials otherwise known as the 'system'.

The institution has for long been accused of interfering in elections to have its preffered candidates win, with the claims becoming even louder as the country approaches the elections.

Waiguru now says that it tried to do the same when she was seeking her seat in the 2017 general elections and intended to block her from the seat by rallying behind her main opponent then.

She on Wednesday claimed that the cabal was on the side of Narc Kenya leader Martha Karua, which could openly be seen in how Interior Principal Secretary Karanja Kibicho was going around with Karua.

"The system's choice was Karua for Kirinyaga. In fact PS Kibicho used to go around with Martha Karua and campaign but that did not frighten me a bit," the governor, who won on the Jubilee Party ticket, said. 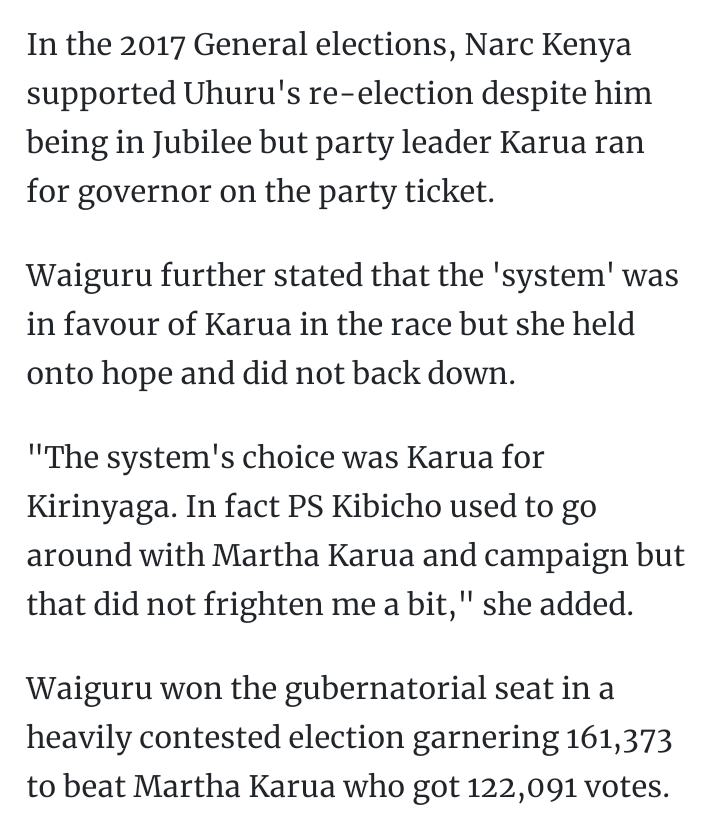 She made the remarks at Women Leaders Declaration on General Elections conference planned by FIDA at Safari Park, as is reported by The Star.

She also said that President Uhuru Kenyatta never played any role in her election, adding that she made it up from the very bottom on her own and the President never intervened despite his powers.

"When Uhuru came to campaign in Kirinyaga in 2017, he never rooted for me or Karua as I belonged to Jubilee while she was in Narc Kenya and we all supported his re-election. He left it to the people to decide on whom they thought was best as their Governor," added the leader who has now decamped from Jubilee.

She has announced that she has joined Deputy President William Ruto's UDA party, with one of her opponents being county Woman Representative Purity Ngirici. Karua is also expected to vie again.

Arsenal Latest: Huge Boost to The Gunners as Former Defender is Set to Reunite With The Club