By Milton (self media writer) | 1 month ago

The Azimio La Umoja running mate Hon Martha Karua today held a rally in Kisii county where it was cut short after the explosion of teargas conster. According to the news which was shared on the social media platforms, the teargas conster was released in a rally despite not having chaos in the event forcing the Azimio La Umoja running mate and her counterpart Ida Odinga to run for their safety. 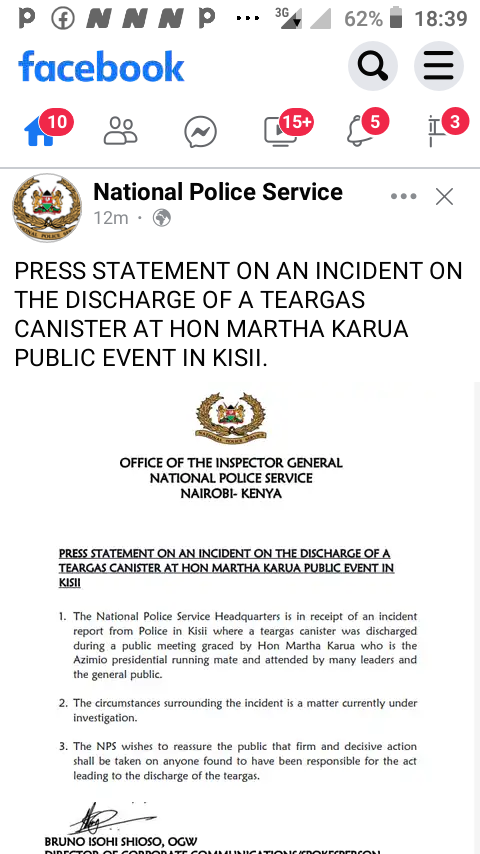 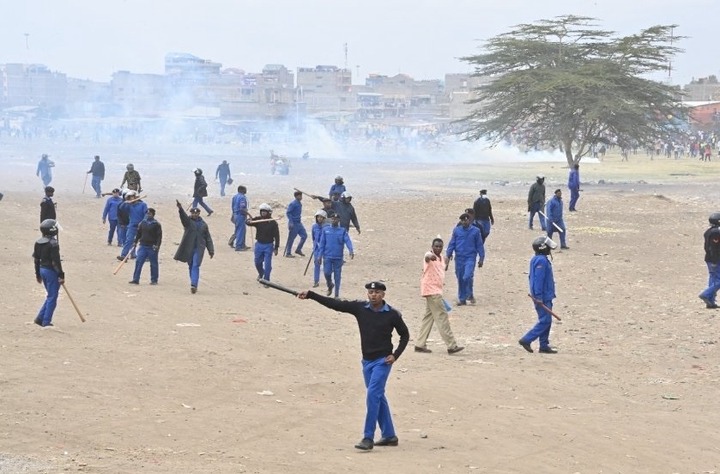 It is a bad incident for the Azimio La Umoja running mate as she campaign ahead of August election. Let us maintain peace among each other during this time of campaign. Remember to elect leaders who will bring change in our country. Read the full post here.

"What is wrong with Raila going to Church?" Netizens gang up on NTV over photos of Raila while in Church