Tanzanian army commander has given a new name to the president of the republic of Tanzania, honorable Samia Suluhu Hassan after a motion was presented by the opposition party to name the president the 'Amirat-Jeshi' which is the exact opposite of 'Amiri-Jeshi' which translates to the Commander in chief of all armed forces. 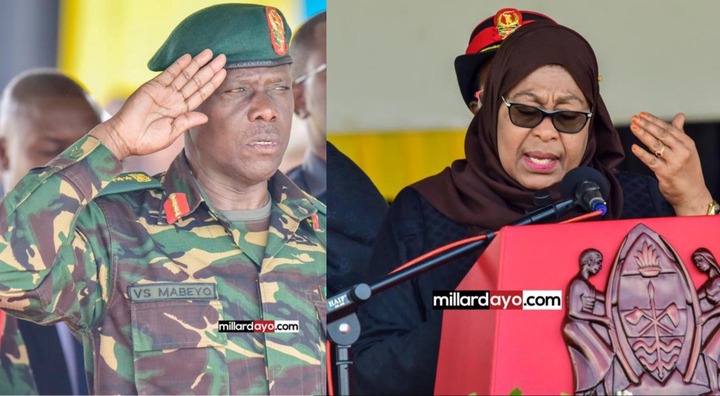 To those who might not have an idea of what this is, Tanzania being a republic that likes to use 'swahili' as their national language refers to their presidents as (Amiri-Jeshi) this directly translates to the Commander in chief of all armed forces. However, according to the constitution of Tanzania the opposition party claimed that name can't be used to refer to a female president.

This is after president Samia Suluhu Hassan became the first female president of the republic of Tanzania and so it was due to this reason that they decided to name or rather address her as (Amirat-Jeshi) which is the feminine version of (Amiri-Jeshi).

However, in the latest developments concerning this name, Tanzanian army commander has claimed that the president will be addressed as the Commander in chief of all armed forces regardless of whether or not she is a woman and so due to this reason, he called upon the citizens of Tanzania to always refer to President Samia as so.

According to the reports given by the army commander who has been identified as Venance Mabeyo, he claimed that this was a decision which was made by a couple of top politicians along with Tanzanian police force because according to him, a president is still a president whether male or female and so they should be addressed in the same manner with the same respect. 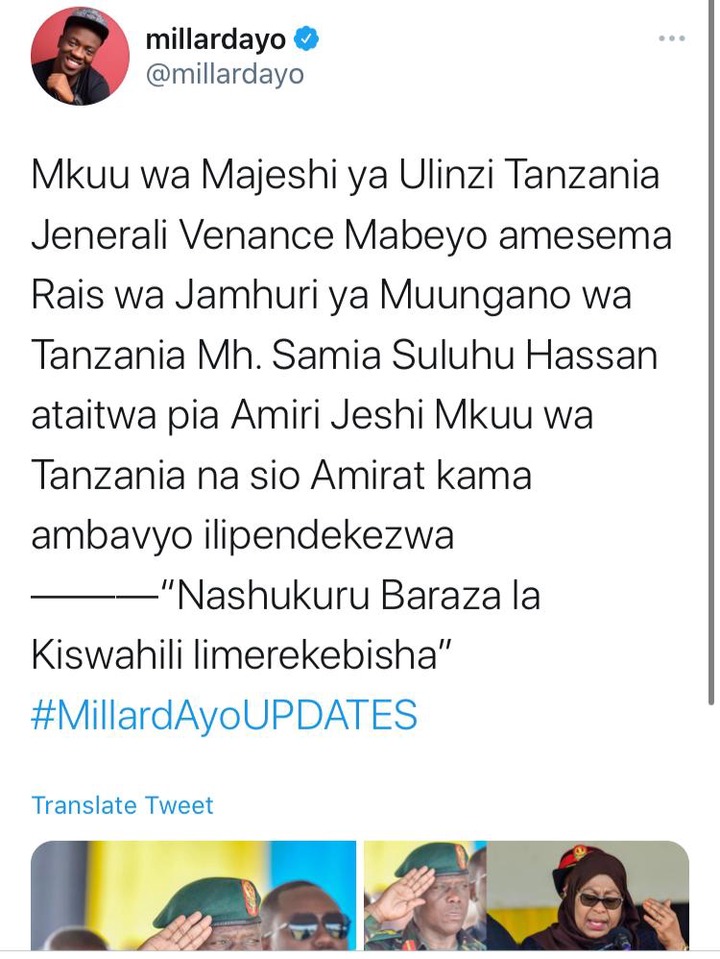 His remarks has sparked alot of mixed reactions from Tanzanians who seemed to have different opinions and suggestions on the matter. With a section of Tanzanians claiming that this was not okay, others went ahead and congratulated him for showing his respect to their president.

Another African President Dies in Office

Chad President Idriss Deby Dies at The Age of 68

Sad: Another African President Dies While Still In Office

Chad's President Idriss Dies In Clashes With Rebels, Other African Presidents Killed While In Power