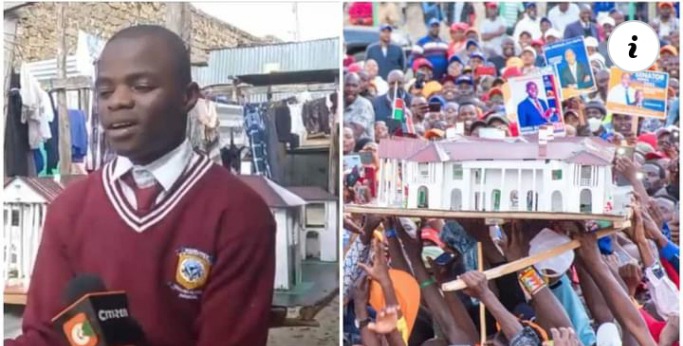 Happiness filled the entire family of Azimio when the team led by Honourable Raila Amolo Odinga and his running mate Martha Karau In Narok county, were gifted a statehouse model which was earlier a gift from Narok youths.

But to many surprises, the statehouse model was gifted by a 17-year-old boy who is still a student at the secondary level. 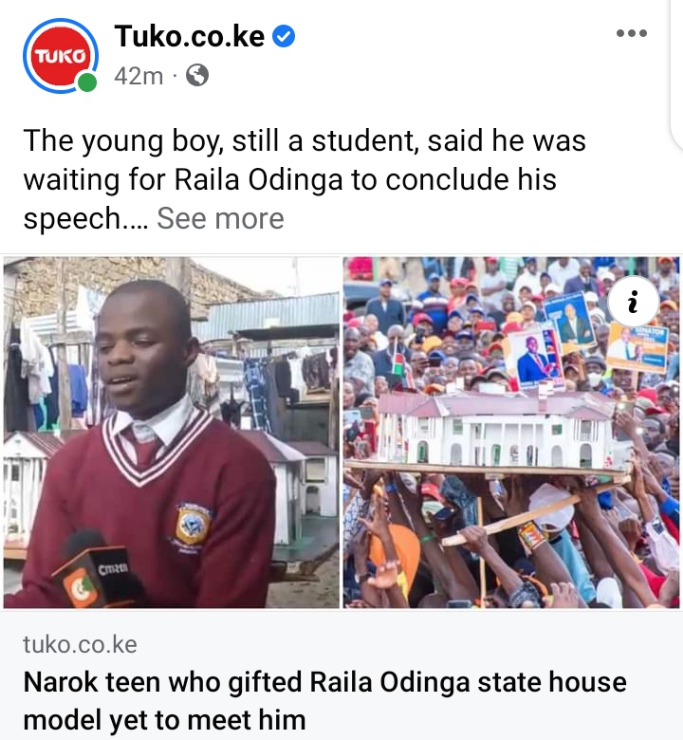 According to the young boy, he had waited for the Orange Democratic Party leader to finish his speech so that he could offer his favorite presidential candidate the gift but people around insisted that Raila will leave without him gifting him.

The young boy whose names are not yet to be revealed said the statehouse model was snatched from him and passed to Raila Odinga.

The bodyguards had asked me to wait and that they would let me gift him the model later but after he had spoken for some time, those around me started asking why I was still standing there, yet Raila would leave without me meeting him," the young boy narrated in school uniform.

The young boy said it surprised him after Raila received the gift with excitement. Due to excitement and falling, he did not hear what Hon. Raila said.