By OchiengManu (self media writer) | 11 months ago 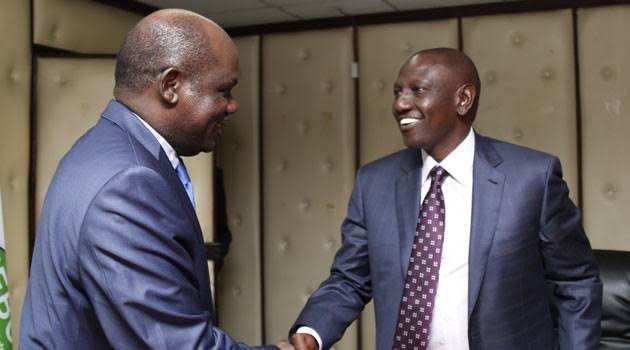 New Concerns have raised on whether Independent Electoral and Boundaries Comission Chairman Wafula Chebukati is having a favour on Deputy President William Ruto Ahead of the 2022 General elections.

This is due to the latest uproar raised by Ruto's allies that CS Matiangi, Eugene Wamalwa and Peter Munya who were drumming for the support for Raila Odinga should resign from their dockets as stipulated in the Kenyan constitution.

But what has brought attention to the public is the fact that Wafula Webukati has also stand his ground and critised the likes of Matiangi and CS Eugene Wamalwa for bring involved in politics.

The same CS, Wafula Chebukati during the 2017 General elections made no comments when a section of Cabinet Secretaries rallied for the support of Uhuru-Ruto presidential bid in which they won and form the Goverment.

According to Rodgers Kimpembe ", The same Chebukati who okayed Cabinet Secretaries to campaign for Uhuru is now against them campaigning for Raila".

Wetangula's Ruling Dealt A Blow As Registrar Of Political Parties Make A Move, Reveals This

The Reason Why Foreign Powers Opposed my bid for Presidency; Raila Reveals.

Opinion: What could happen in Nyanza if Raila Odinga quits politics