Miguna Is Back, Deported Kenyan Lawyer Is Set To Appear On Kenya's Fast Growing Tv Station

Controversial Canada Based Kenyan Lawyer Miguna Miguna, is set to appear on the fast growing national Tv early next week to clear rumors which have been going round on major social media platforms,Miguna who was deported four years ago is to appear for the first time on Look-Up Tv for an exclusive interview,already social media platforms of the said media house have confirmed their interview,Miguna will be interviewed with veteran journalist Eugene Anangwe who will be hosting the embattled lawyer,the former Raila Odinga close ally has not appeared on any Media house for the last three years. 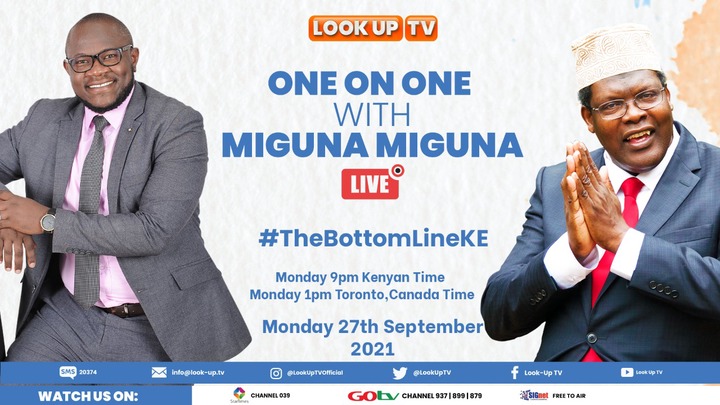 When he was being deported Miguna was accused of swearing in former Prime Minister Raila Odinga who they used to enjoy close ties until he allegedly betrayed him,in next Mondays interview Miguna will set the record straight on what had occurred before he was deported,while at the same time revealing his next major step in politics,recently Miguna has been supporting Dp William Ruto hustler nation slogan with Political commentators revealing he is shifting his support base from Raila to Ruto. 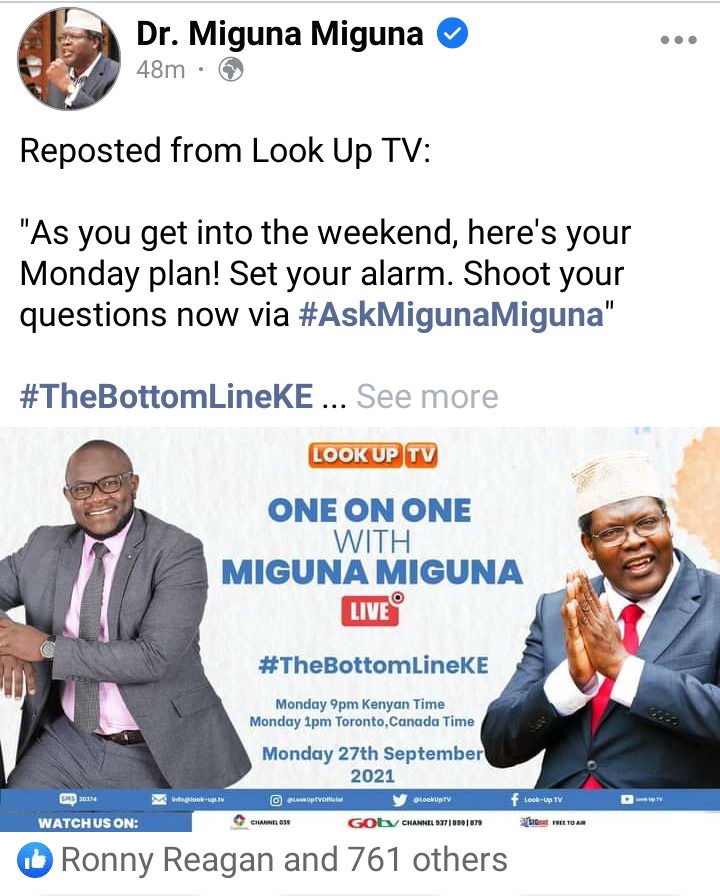 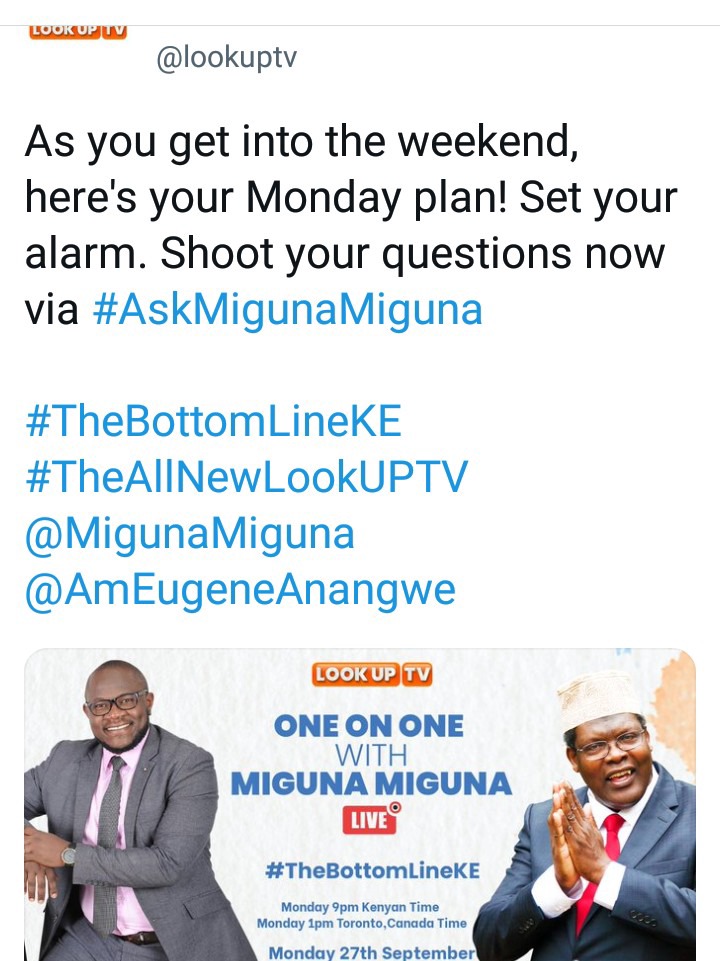 Lately Miguna Miguna has been lashing out insults to former Prime Minister Raila Odinga for being part of the problems which is ailing Kenyans,claiming Raila Odinga should quit politics because he uses it for personal gains while his supporters are being harassed.

"Wagombanao Ndio Wapatanao..." Ruto’s Relationship With Museveni Gets A Crack After A Clash.