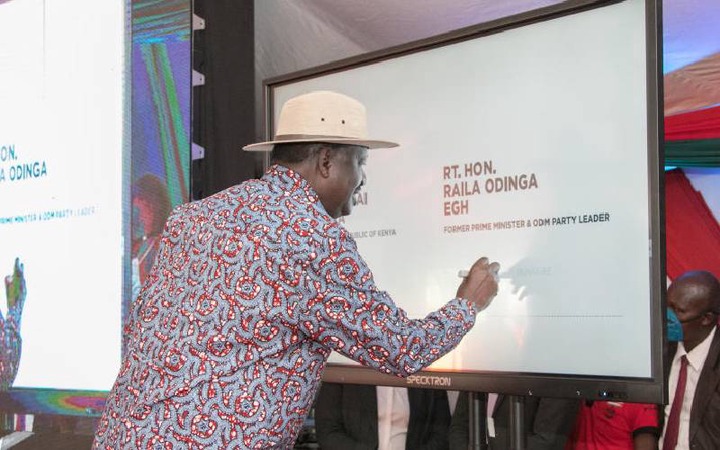 ODM leader Raila Odinga has finally opened up on the role he plays in President Uhuru Kenyatta's leadership.

The two close buddies, who were initially the worst of political enemies, have been working together since after their March 2018 truce.

The union has raised questions, with allies of Deputy President William Ruto wondering what role the former Premier plays, now that he seems to have succeeded in displacing the DP as Uhuru's right hand man.

He on Sunday admitted that he indeed plays a big role, telling Kenyans that he has taken the role of the Head of State's top advisor. He has, however, maintained that he remains in the opposition and has not joined government.

The deal, he says, was struck before his handshake with the President on the steps of Uhuru's Harambee House offices. One that ended their enmity and united their allies. 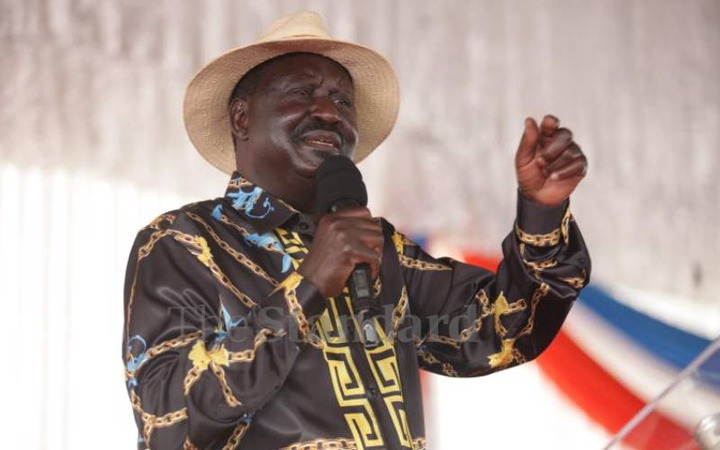 "I told the President I am out of the government and you are in but I will be your advisor but we have to make it public by openly striking a handshake," said the leader.

Raila spoke in Murang'a County, while attending a service at the Bible Fellowship Church, also attended by a section of Uhuru-allied politicians from the Mt Kenya region.

He asked the region to rally behind his 2022 presidential bid, terming himself the man with the solution to the problems being faced by locals and natives of Central Kenya.

Raila also sought to drop the bogeyman tag that some area leaders have always used on him, stating that his plan is to help Mt Kenyans and not to harm them.

"I am here to tell you that will being you goodies and not harm you. I am here to stress on the need for brothers to work together," said the leader, who has for years been seen as a hard sell in the vote rich zone.

He has declared interest in the presidency, a bid that seems to have Uhuru's blessings.

"Kenya Will Be A Paradise Under My Leadership" Kalonzo Musyoka Brings Nakuru To A Standstill.