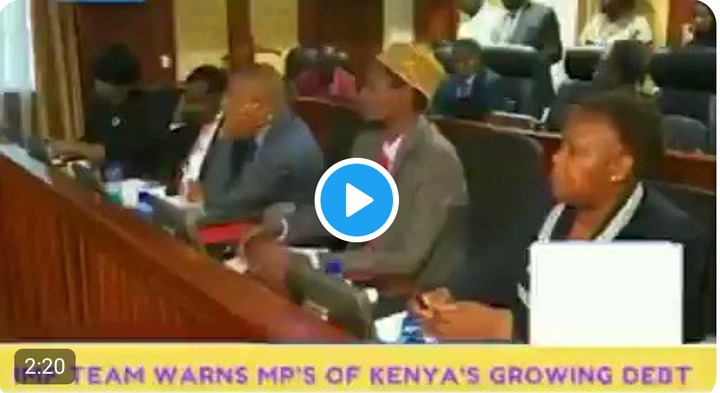 Deputy president William Ruto's close ally who is also the Kikuyu constituency Member of Parliament Honourable Kimani Ichung'wa has finally revealed a video that allegedly put him in trouble with the government.

This video is of a meeting that he held with top officials of the International Monetary Fund while serving as the chairperson of the powerful Parliamentary departmental committee on Budget and Appropriations.

According to him, he would later face the wrath of the government where he was even asked how dare he would have held a meeting with IMF officials without informing the government.

"Tufungue tu roho kidoogo... Trouble with the “Powers that be” started after this meeting as Chairman Budget and Appropriations committee, “How dare you invite those people without talking to us”?..That’s what i was asked after hosting the IMF team for a mtng with the committee."Kikuyu constituency Member of Parliament Honourable Kimani Ichung'wa https://t.co/801elrbc8 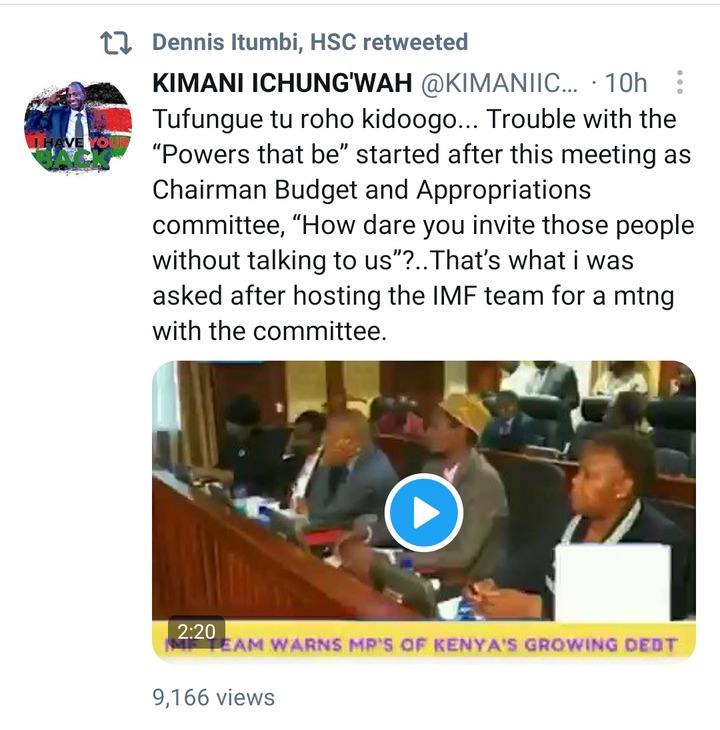 In the meeting that was held on parliament, the IMF officials are heard warning Kenyans of the consequences if the high borrowing rate that the country was going through by then.

"The trouble that we've seen is manageable. However, the trajectory is going to a place where it will not be sustainable and you will get into trouble eventually. We are warning that you might find yourself in a place where you will not be in a position to deal with. Investors might not come to Kenya because of the debt crisis,"part of the IMF official noted.

The officials warned that the high dent rate would eventually have a real impact to the country later and the country would feel the effects of it when some of the companies and investors turn down.

IMF officials also disclose that the country had been downgraded in terms of the rating to what was referred to as B2 which the official did not disclose what it meant by then.

Kimani Ichung'wa would later be removed as the chairperson of the committee together with other high profile leaders allied to deputy president William Ruto.