By NEWSWIZARD.KE (self meida writer) | 15 days

National Assembly Majority Leader Hon. Amos Kimunya has blatantly revealed that President Uhuru Kenyatta is in a dilemma over the conduct of the Deputy President William Ruto. According to the Kipipiri Member Of Parliament, President Uhuru Kenyatta cannot fire his Deputy despite the two having divergent opinions. Kimunya went ahead to fault the framers if the 2010 Constitution who imagined that the President and his Deputy would always agree and did not give a way of firing a Deputy President. The Kipipiri Member Of Parliament was speaking to KTN News Sophia Wanuna on Monday night. 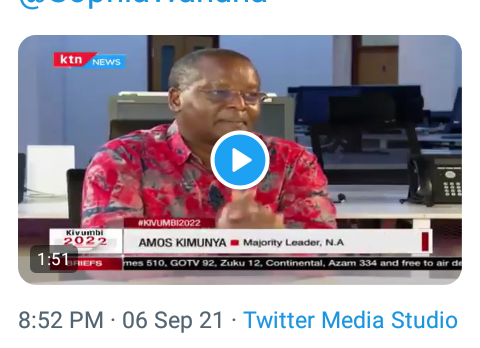 " The President can fire his Deputy from the party but not from the government. The framers of the 2010 Constitution did nit leave a room for that," revealed Amos Kimunya. 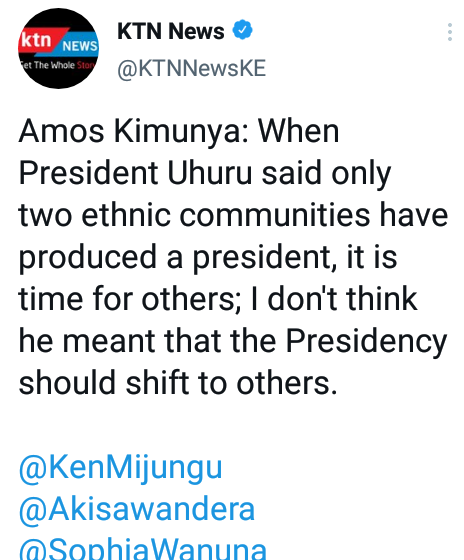 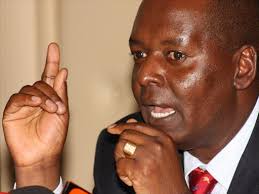 3 Amazing Business Ideas That You Should Not Let Pass By