By VictorUoN (self meida writer) | 1 months

The outspoken Member of Parliament for Mbita Millie Odhiambo has always been on the limelight over many interesting and controversial sentiments. Millie, who originally trained as a lawyer was first elected into parliament in 2008 and has since been an advent supporter of the Raila Odinga led Orange Democratic Movement. Together with other women in leadership like Homa Bay women Representative Gladys Wanga, they have been strong supporters of the handshake politics and BBI. 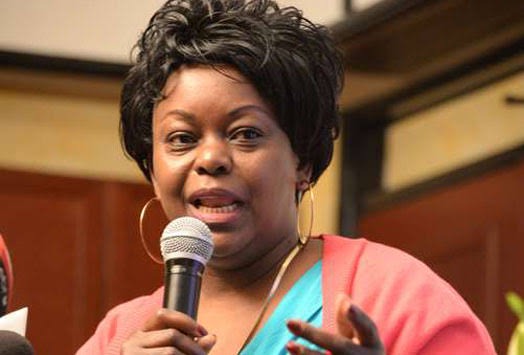 And now Millie Odhiambo is again hitting the headlines after claiming that she will be the first female president of Kenya after Raila Odinga finishes his term. 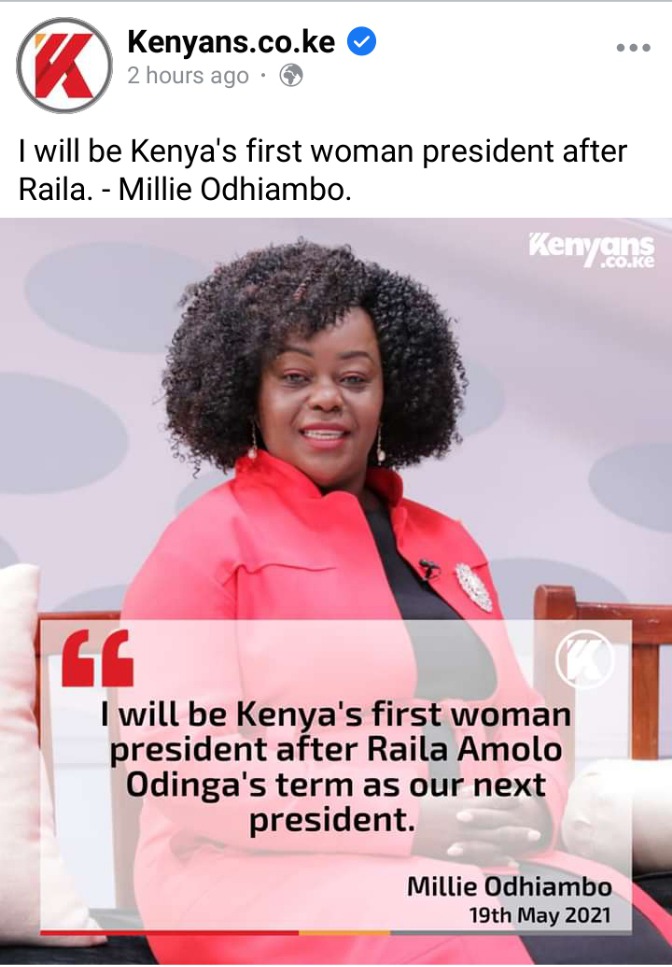 This has come after president Uhuru Kenyatta has confirmed Chief Justice elect Martha Koome as the Kenya's first female Chief Justice since independence. Koome takes over the position that was left vacant after Justice Maraga's retirement. Drawing from Koome's success in the judiciary, Millie Odhiambo now says it's time for women to rise and take top National positions. She now says she will show by example by taking over the presidency immediately Raila Odinga has "finished" his term.Kenyans have however rubbished claims by the Mbita law maker terming it utter balderdash.