Veterans Admit Raila Can Beat Ruto in 2022, But Reveal The Big Condition he Must Meet 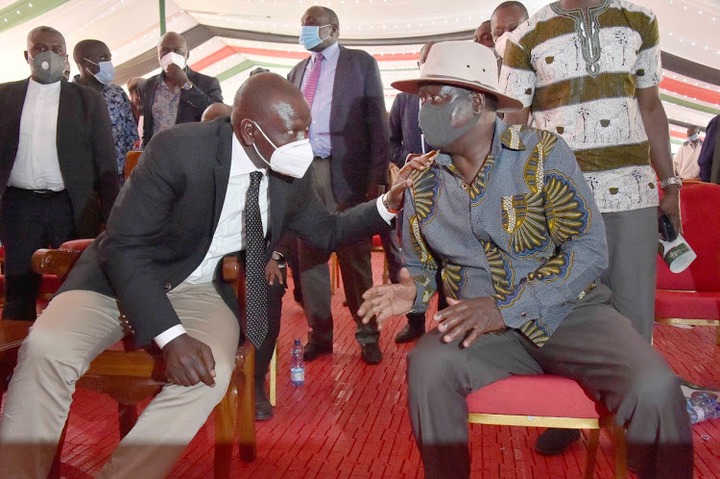 Deputy President William Ruto could win in the 2022 presidential race if the other candidates are not careful, former South Mugirango MP Manson Nyamweya has said.

Ruto is among the aspirants who have made their interest public, the others including ANC leader Musalia Mudavadi and his Wiper counterpart Kalonzo Musyoka.

Nyamweya, however, says that the only man with the ability to stop Ruto is ODM leader Raila Odinga, but only if he manages to unite the others under him in an alliance.

“Ruto is no pushover in the 2022 elections. He has the money and has been campaigning day and night. While Raila is the most worthy opponent, a coalition like Nasa would be unstoppable,” he told the Star. 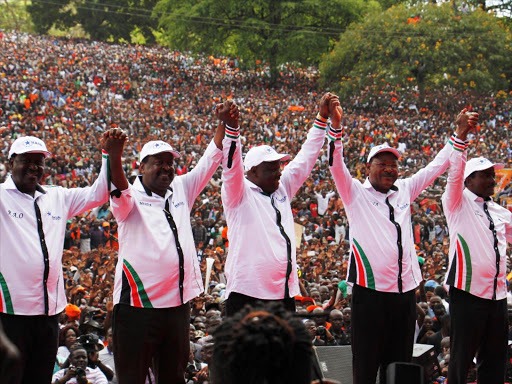 His observation was echoed by former Cabinet Minister Franklin Bett, who predicted the worst for the entire opposition team should they approach the elections individually, predicting that Ruto will decimate them.

“It is either they unite or suffer a humiliating defeat in the hands of Ruto,” said the former ODM National Elections Board Chair.

The ODM camp has already declared that it will be stopping at nothing in its bid to secure power in 2022, with Mudavadi and Kalonzo too vowing not to once again throw their weight behind Raila, whom they have both supported twice.

The former Prime Minister, however, is yet to declare whether or not he will be in the race, though his deputies Hassan Joho and Wycliffe Oparanya have declared their interest in the ODM ticket.

Franklin Bett Manson Nyamweya Musalia Mudavadi Raila South Mugirango
Opera News is a free to use platform and the views and opinions expressed herein are solely those of the author and do not represent, reflect or express the views of Opera News. Any/all written content and images displayed are provided by the blogger/author, appear herein as submitted by the blogger/author and are unedited by Opera News. Opera News does not consent to nor does it condone the posting of any content that violates the rights (including the copyrights) of any third party, nor content that may malign, inter alia, any religion, ethnic group, organization, gender, company, or individual. Opera News furthermore does not condone the use of our platform for the purposes encouraging/endorsing hate speech, violation of human rights and/or utterances of a defamatory nature. If the content contained herein violates any of your rights, including those of copyright, and/or violates any the above mentioned factors, you are requested to immediately notify us using via the following email address operanews-external(at)opera.com and/or report the article using the available reporting functionality built into our Platform