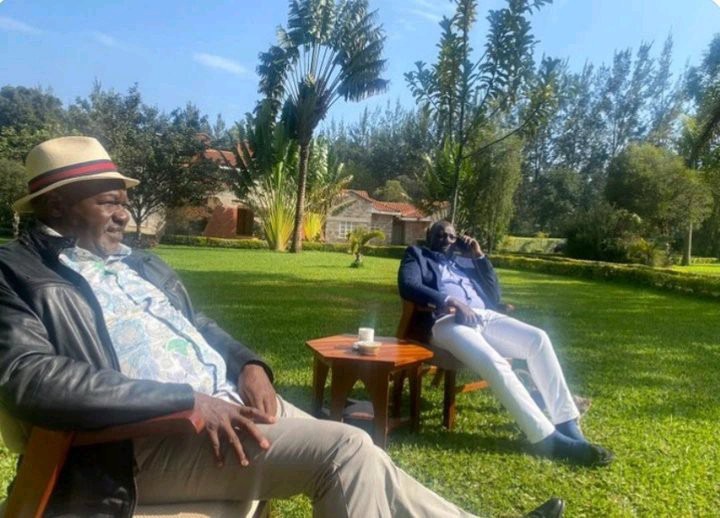 After casting his vote at a different station than Deputy President William Ruto, Soy Member of Parliament Hon. Kaleb Kositany posted a photo to social media. Because it was done in a formal manner and gave many people hope, many Kenyans liked it. Kositany appeared to be seated on a little bench on the room's left side based on the image. A small table-like structure in the center contained a cup that appeared to be tea and was being consumed by Ruto the entire time. The surroundings appeared to be lush and well-kept. It might have been Ruto's house in Eldoret, where he was this morning following the election.

The member of parliament added yet another message to the image, repeating what they have been saying for months as part of their never-ending campaign: to keep calm throughout the elections and make informed decisions.

After Ruto was spotted conversing on the phone, Kenyans expressed a variety of opinions. Some speculated that he would be calling his pals to see how they're doing and if there have been any issues, while others suggested that he may have called the Karen palace in Nairobi to discuss his next moves because he would need to establish new regulations if he were elected to the state house.

This is just one of many photos that have been shot of the two over the years, who have been close friends for a very long time. The Soy MP is a member of the internal decision-making teams at the UDA. Additionally, they met while they were both students at Nairobi University. They're still a unit. After nearly 30 years of political effort, they obtained their degrees and moved into the government. 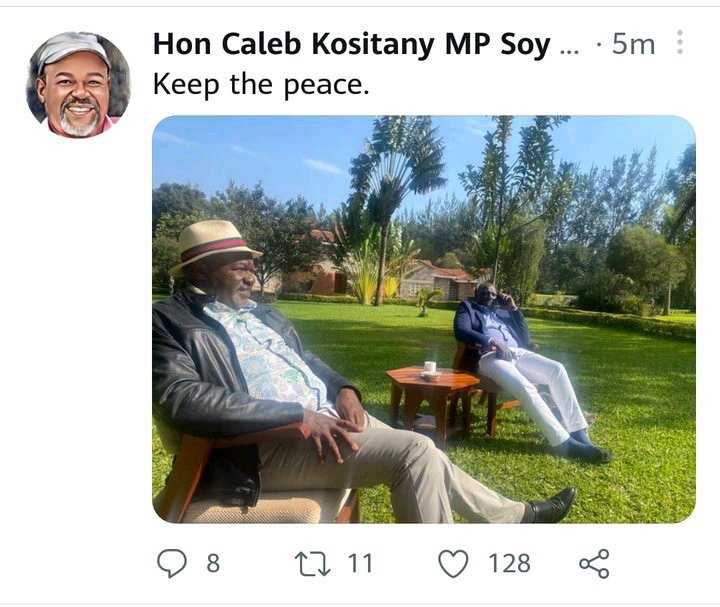 According to sources, Ruto, who is currently residing in his Sugoi home, may spend a few days in Uasin Gishu in an effort to reunite his neighbors. These neighbors have been living apart for a long time as a result of political disputes and divisions in the area brought about by individuals like Buzeki, Alfred Keter, Kutuny, and others.

Not Even During KANU's Hegemony Did this Happen, Orengo Speaks on CJ & DCJ's Show at Parliament

Abel Mutua Mourns A Distressed Man Who Reached Out To Him On Phone.