By JayB (self media writer) | 4 months ago 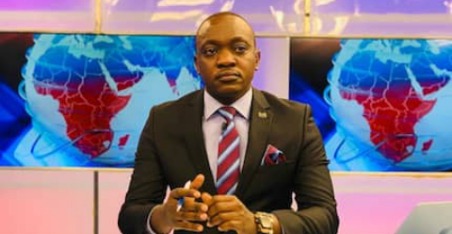 The KTN News achor Ken Mijungu had a very rough time interviewing Miguna Miguna who is a Kenyan, exiled in Canada.

On Wednesday, 23rd of February 2022, the outspoken lawyer was interviewed by Mijungu. The two talked about various subjects, the move by President Uhuru Kenyatta to succeed ODM leader Raila Odinga his presidency seat, was one of the topics they discussed.

Miguna during the interview, stated that the Uhuru's support had spelt downfall for Raila's presidency, in regards to what person Uhuru was. The lawyer went forward giving some grave allegations against the president, this made the Journalist to be so uneasy, forcing him to interrupt him.

However, Miguna continued with his allegations insisting that they were true. While the Journalist tried hard enough to stop him from making the allegations, this bearing no fruit. Miguna went forward assuring Ken Mijungu that he will not be fired because of his allegations. Though the news anchor said he was not afraid of being fired.

Content created and supplied by: JayB (via Opera News )

Talent Means Nothing: Lulu Hassan Hints At The Secret Of Becoming Successful