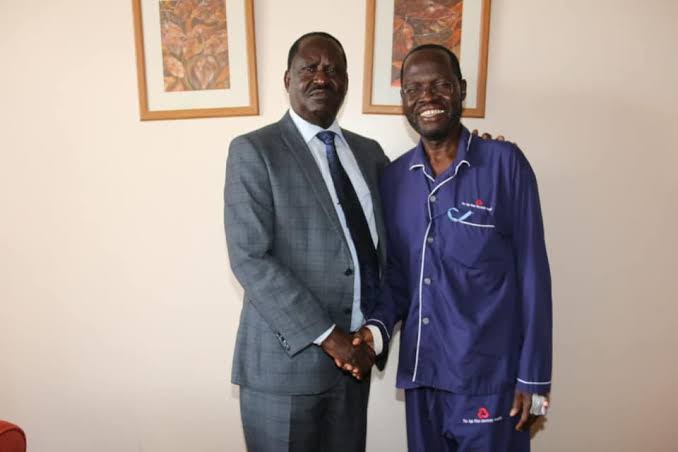 Kisumu county governor Anyang Nyong'o faces the risk of arrest if he fails to appear before the Senate Health Committee to explain how his government spent Sh238 million it received to fund programs to combat the Covid-19 epidemic.

Giving the warning, Senate Clerk Jeremiah Nyengenye urged the governor to appear before the committee on Friday at 3am via Zoom.

"Note that the committee may impose a fine of not less than Sh500,000 or order your arrest if you fail to appear before it on the day and hour specified in this order," he said. 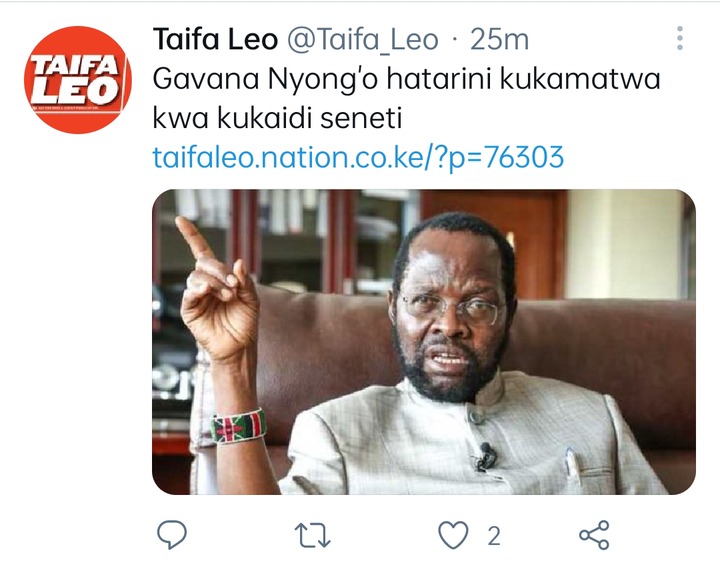 Mr Nyengenye also stated that Professor Nyong'o would have violated section 27 (1) of the Powers and Status of Parliament of 2017. According to the law, Professor Nyong'o could be fined Sh200,000 or six months' imprisonment. imprisonment or both if he defies an order to appear before a committee headed by Trans Nzoia Senator Michael Mbito.

Members of the committee have accused Professor Nyong'o of ignoring an invitation to appear before them on Tuesday last week to answer questions about the use of the Covid-19 funds, raised in the report of Auditor General Nancy Gathugu.

In her report, Ms Gathugu said the Kisumu County government had not spent Sh238 million without following budget regulations and procedures.

The auditor also said the Nyong'o government mixed the grant funds for special responsibilities with the money it received from donors.

Of this amount (Sh238 million), Sh159.8 million was a grant for special projects provided by the national government, Sh7.7 million from DANIDA, Sh68.4 million allocated for health workers' benefits, Sh50 million from for the tax fund collected by the Kisumu government and Sh1.5 million which is a grant from other sources.