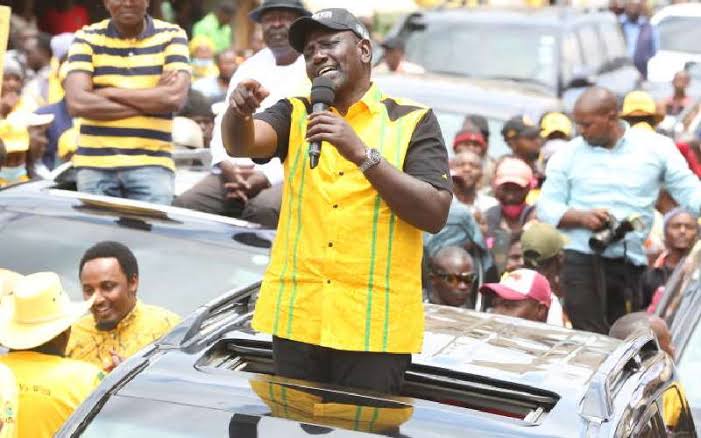 Deputy President Ruto has broken silence concerning the ongoing speculation that he threatened to slap Uhuru Kenyatta as he allege that he was doing it with good intentions. He revealed that it was impossible for him to allow Uhuru Kenyatta to go to Ichaweri simply because he has win the presidential battle and Raila had done something to ensure that the elections is repeated.

Moreover, he revealed that he was the chief campaigner of Uhuru Kenyatta and he used to do at least three campaign rallies before Uhuru Kenyatta joins him for political rallies. He revealed that Uhuru wanted to let the seat be taken by Raila Odinga yet he had to work for it for several days.

" Do you want me to let Uhuru leave the seat set we have a campaign for him? No way, if I forced him. Was there a mistake on that? I was the chief campaigner and I used to do three meetings for him," Uhuru said.

"Reasons Why Uhuru Is Yet To Congratulate Ruto" Steve Ogolla Alleges

More Good News From The Emirates: Journalist Thinks £67M Star Would Be Attracted By Arsenal Move

How United could line up against Liverpool with Casemiro in the midfield if they manage to sign him.