Gatundu South member of parliament, Moses Kuria has been one of the most vocal politicians from the Mt. Kenya region since the rift between deputy president William Ruto and his boss President Uhuru Kenyatta. The MP waa involved in many of Jubilee's pact in its formation since the year 2013 when they co-joined with URP to form the Jubilee coalition. 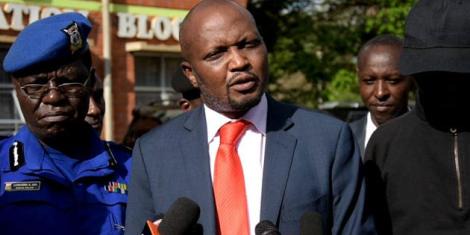 As we a know the self proclaimed Mt. Kenya spokesperson has spilled the beans on a secret deal offered to Wiper Party leader, Kalonzo Musyoka in the year 2013. Speaking in 22nd September 2022, Kuria revealed that he was part and parcel of the team that wa formed by Uhuru to lure Kalonzo into the coalition ahead of the hotly contested presidential elections of the year 2013. 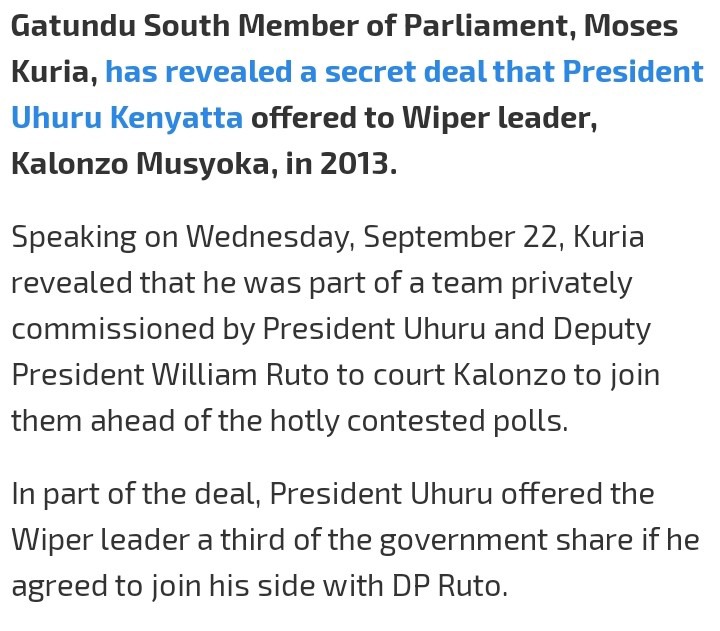 Kuria stated, "Do you know Uhuru Kenyatta offered Kalonzo a third of government in 2013 which was not even commensurate to what he was bringing on the table." The MP went in to say that Kalonzo turned down the deal instead opted to join the CORD coalition with ODM, Ford-Kenya and ANC parties.

Herman Manyora Alleges Why Raila Will 'Have Ruto For Breakfast' on Voting Day, Sends a Warning