By Onchy (self media writer) | 5 months ago 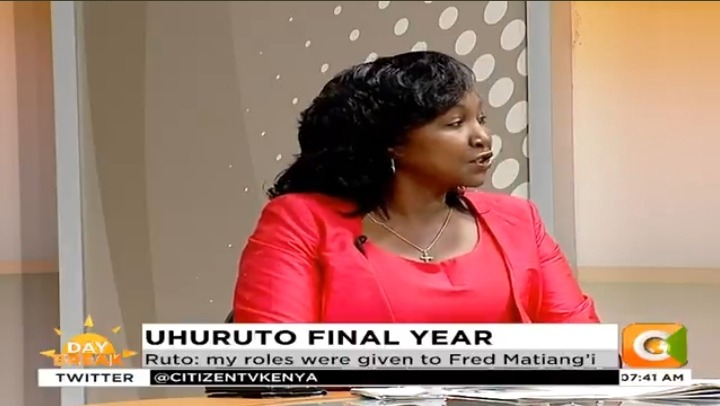 The endless debate of getting Deputy President William Ruto resigning from his top seat seems to be dragging on with only one year remaining prior to the 2022 General elections which are going to be stiff and very competitive.

Several top Government officials and opposition leaders have pressurised Deputy President William Ruto to vacate his seat by resigning or he be oustered by the elected Member of Parliaments because of the differences he has with President Uhuru Kenyatta.

Kalonzo Musyoka was the latest politician to call out on William Ruto to resign as he felt like he is not obliged to the roles he is supposed to take as the second in command in the country. 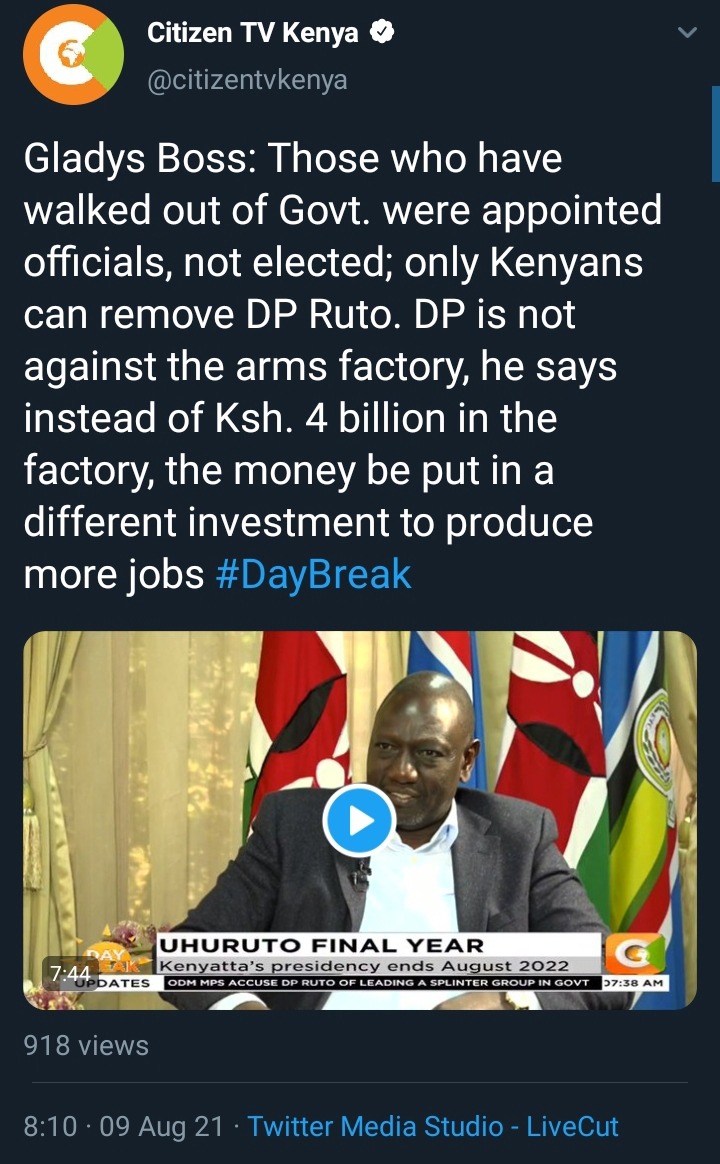 However, several allies of William Ruto have been standing with him and fighting for him against the pressure. The legislature friends of Deputy President William Ruto have always claimed that he was lawfully elected and no one should force him to vacate office.

Today on Citizen Breakfast morning show, Uasin Gishu Women representative Madam Gladys Boss Sholei took on those individuals who want Ruto to resign or they vote him out of office as she believes that they have no power to do that.

According to Gladys Boss Sholei, the only people who can facilitate the removal of William Ruto are the eight million Kenyans who voted him in together with President Uhuru Kenyatta, and not the elected legislatures. 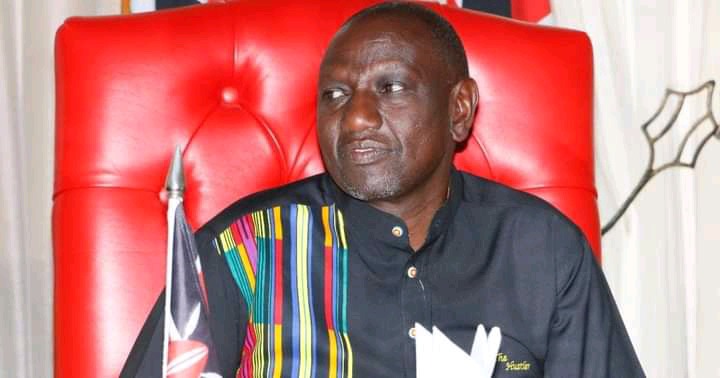 "Those who have walked out of Govt. were appointed officials, not elected; only Kenyans can remove DP Ruto. DP is not against the arms factory, he says instead of Ksh. 4 billion in the factory, the money be put in a different investment to produce more jobs." Gladys Boss stated.

This has been a tough week for Deputy President William Ruto who has faced several controversies and criticism after been linked with alleged Turkish terrorist Harun Aydin who was arrested and to arraigned today.

However, allies to Ruto believe that nothing can derail his ambitions of being the fifth president of Kenya as they are working extra hard to get him to office.

Watch the full interview in the video link below: