During the BBI Verdict Hearing, a fearless judge says the following about President Uhuru.

By Sifahassan (self media writer) | 3 months ago 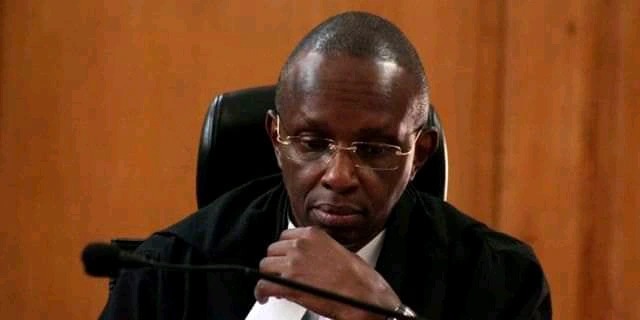 Seven judges who were selected to discuss the measure in-depth and render a final ruling are nearing completion of their work on the Building Bridges Initiative final judgment, which is likely to be revealed today.

When it comes to President Uhuru and Raila Uhuru's initiative being passed, some judges like Justice Daniel Musinga and Justices Fatuma Sichale and Francis Tuiyott have expressed their professional opinions. 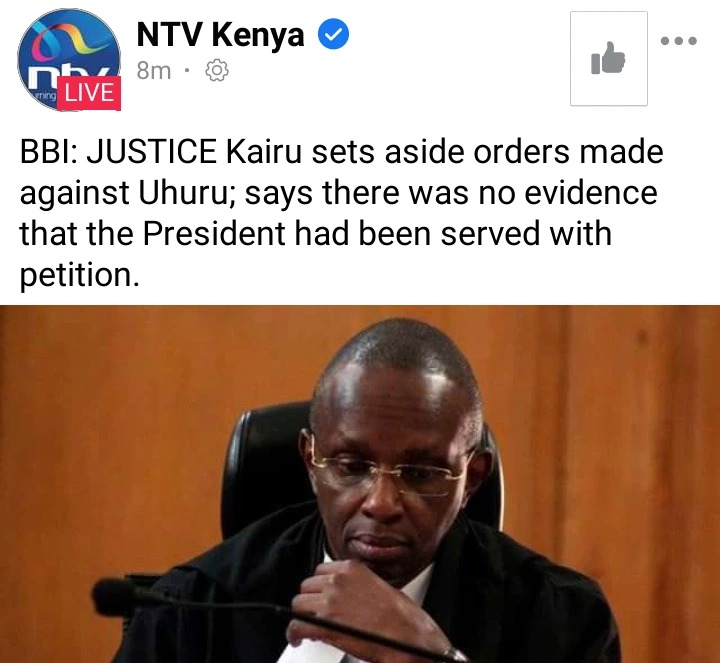 Mr. Kairu defended the president's position, saying that there was no evidence that he (Uhuru) had served BBI with a petition as far as the bill was concerned. Many people believe the bill is a popular initiative that Kenyatta should not be spearheading.

The President's critics, he asserted, should not include him (the Head of State)

Kenyans have now gone to the internet to express their subjective opinions about the president's steadfast stance in the face of slanderous accusations.

Check out the comments below to see what people are saying. 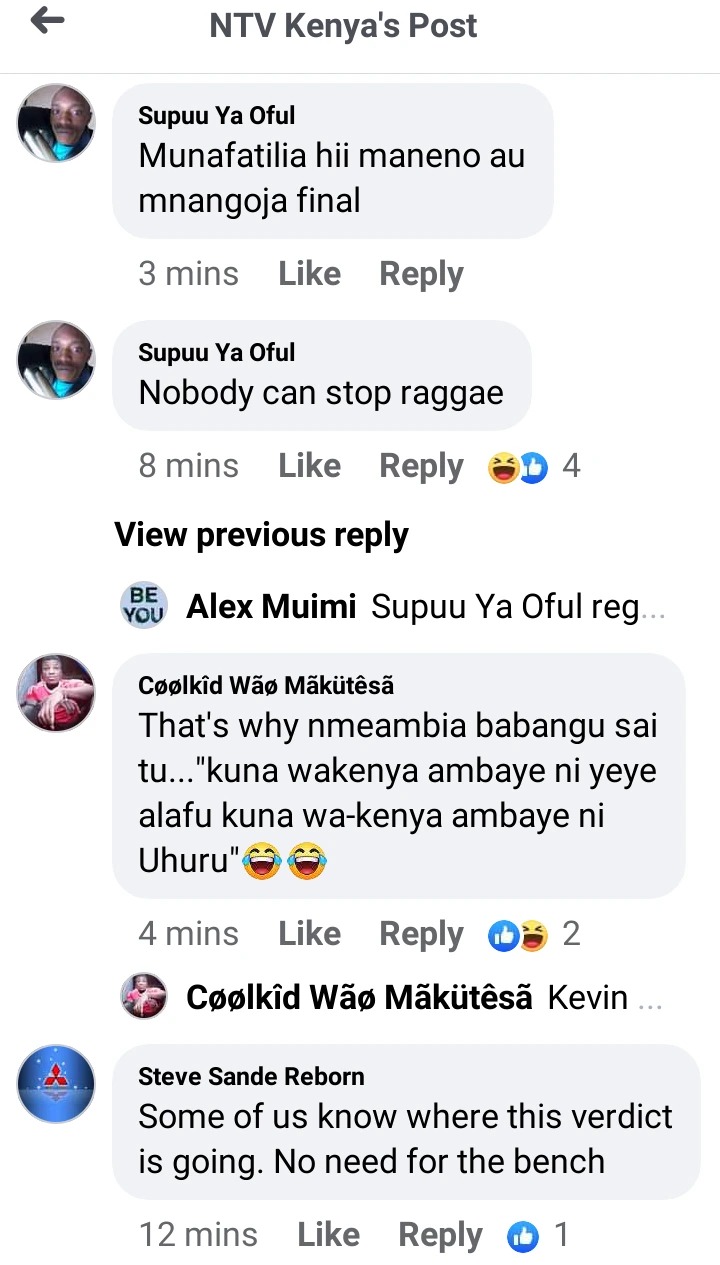 National Police Service Message To All Kenyans on Illicit Brew