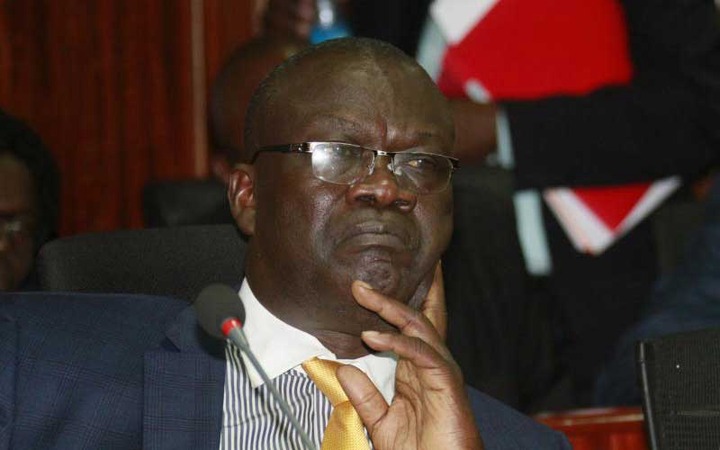 Siaya County boss Governor Cornel Rasanga on the spot over an alleged misappropriation of public funds amounting to Ksh0.6 billion.

The probe initiated by the Directorate of Criminal Investigations (DCI) headquarters has already seen an interrogation of junior and senior staff, some of whom Rasanga sent parking.

The suspended officers were grilled at the Kisumu DCI offices for three weeks this week, and pushed to explain missing funds that had stalled county services.

DCI chief investigation officer Mike King’oo confessed that detectives camped in the DCI offices from Tuesday to Thursday, but didn't give further information.

"The officers are traveling back to Nairobi today (Friday) and I have not been briefed yet," stated the DCI official. Close to 64 County employees were interrogated in relation to money fraud.

Some of those interrogated even allegedly had their individual back accounts used to transact the funds in question. Junior officers were first to be questioned, before detectives extended their grilling to senior officers from the Finance department.

Among those questioned was the Chief Finance Officer Dennis Nyonje, Michael Ogolla (Finance Director) and Dennis Simiyu who was a cashier in the department who are all under suspension.

An aspirant eyeing a political seat in Kisumu was also summoned after some payments to his hotel were flagged. The misappropriation came to the limelight in August this year, after a Ward Re[presentative revealed having gotten Ksh150,000 not to expose corruption within the county.

According to West Asembo MCA Ambrose Akuno, Siaya MCAs were given between Sh150,000 to 290,000 by the governor’s office to cover up the misappropriation of funds.

Akuno stated that he received his share when some colleagues visited him at the hospital. Initially, he thought the money was a token by his colleagues in support of his medication, before he came to realize later it was a deal to silence the MCAs.

The County Assembly members got bribed after refusing to pass the county’s 2020/21 Appropriation Bill when there lacked explanation as to why bursaries had not been released, Project Management Committee monies not paid and statutory deductions not remitted.