Justice Ouko: You can't run with the hare and hunt with the hounds. Uhuru is not a normal citizen.

By @maeroJack (self media writer) | 4 months ago

After the High Court and the Court of Appeal issued a directive that the most publicized Building Bridges Initiative was unconstitutional since it's inception during the handshake between President Uhuru and his new found ally Rt Hon Raila Odinga, the Pro-BBI brigade booked for an appeal at the Apex court on the land. That being said, the Supreme Court of Kenya is today reading out it's determination over the same matter. One of the issues which didn't settle well with the handshake team was the directive that the president cannot initiate an amendment to the Constitution.

The Chief Justice Hon Martha Koome, Justice Isaac Lenaola and Justice Ouko affirmed ruling by the ruling of the lower courts in reference to constitutional amendment.

In his findings, Justice Ouko pointed out that, "the president is ineligible to initiate a constitutional amendment through the popular Initiative. The president cannot purport to act as an ordinary citizen because he's not." 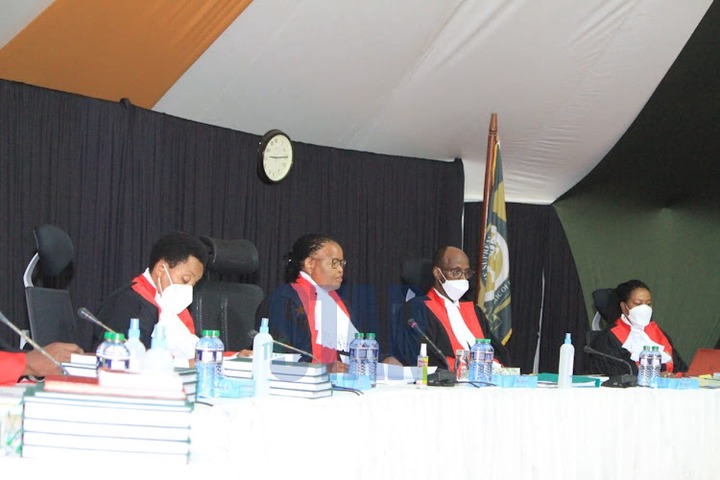 However, the court quashed the lower courts ruling that the president can be sued in person for acting against construction and affirmed that the incumbent president is immune to legal proceedings. However should such happen, the official respondent should be the Attorney general.

This was settled after different parties read out that the president was a promoter of the bill from spearheading the signatures collection to mobilizing state officers sign for the document.

Another critical issue which was termed unconstitutional, is the proposal by the Building Bridges Initiative steering committee to have constituency boundaries reviewed and create new seventy constituencies.

One of the consistent and strong opposer to the constitutional amendment bill is the deputy president Dr William Ruto who termed it ill-fated considering that the economy was in a bad state.

Kipchumba Murkomen Reacts to Raila's Statement As He Demands The Following