By Kihika_Updates (self media writer) | 10 months ago 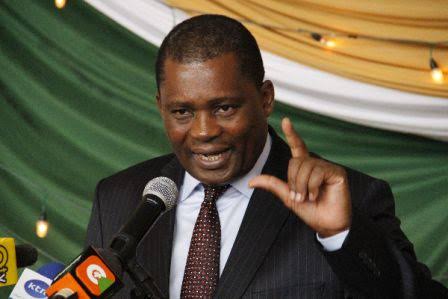 Justin Bedan Njoka Muturi (JB) was born 28 April 1956 is the seventh Speaker of the National Assembly of Kenya, in office since 2013. He is the first Speaker to serve following the reestablishment of a bicameral Parliament, as mandated by the 2010 Constitution. On 28 March 2013, Muturi won the speakership after a second round of voting by Members of the National Assembly, beating former speaker Kenneth Marende by a 219–129 margin.

Muturi was first elected as a member of the Kenya African National Union to represent Siakago Constituency in Parliament following a 1999 by-election. He won reelection in 2002 and served as opposition chief whip and chair of the Public Investment Committee during the 10th Parliament. He vied for re-election in 2007, but was defeated by Lenny Kivuti.

In 2013, Muturi ran for the Mbeere North parliamentary seat as a member of The National Alliance party, but lost to Muriuki Njagagua.