By FOREVERTIMES.COM (self media writer) | 1 month ago

Kega is seemingly telling those claiming to be part of the government and often reaping where they have not sown, off. The Deputy President William Ruto is accused of often attacking the government while at the same time taking credit of development project being initiated by the national government. The Deputy President William Ruto and his boss parted ways after Uhuru seemed to be supporting Raila Odinga. 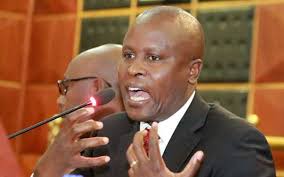