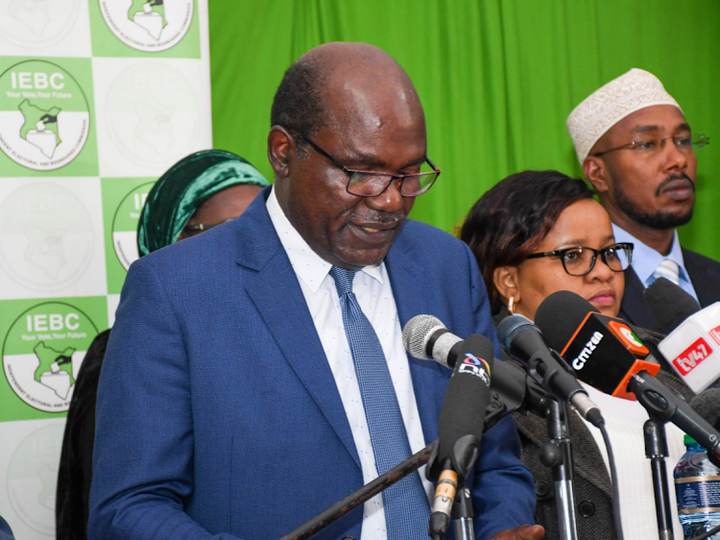 The chairperson of the Independent Electoral and Boundaries Commission Wafula Chebukati has asked the Police officers to arrest some people.

According to his statement, Police officers should arrest all those who have been threatening the Independent Electoral and Boundaries officials.

To be arrested are those who also assaulted officials of the commission noting that this has resulted in the injury of some of them with others fearing to report to work.

"IEBC calls for the arrest of individuals who assaulted officials at Bomas; decries intimidation, threats against staff. #KenyanElection2022"https://t.co/kvAuP7hvVo 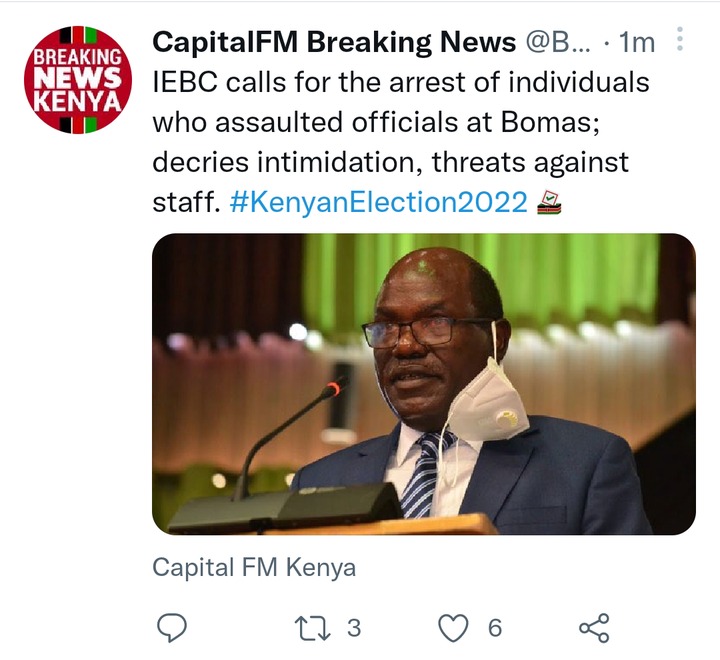 During the announcement of the presidential results, Chebukati and commissioners Abdi Guliye, Boya Molu and CEO Marjan Marjan were physically attacked, assaulted and injured by people who were in the company of certain political leaders.

"We call for the arrest and prosecution of these assailants regardless of their political affiliation," Chebukati said.

At the same time, the IEBC chairperson Wafula Chebukati defends himself against accusations of bias in Aug. 9 presidential polls, claims some IEBC commissioners attempted to push for a Ruto-Raila tie.

Chebukati defended the credibility of the results and itemized five reasons which in his view, make the August 9 polls the most transparent the Commission has ever held.

Wiper Party Leader Reveals One Promise He Expects President Ruto to Fulfill, Slams Him For This

Rip, Kenyans React As 22-Year-Old Officer Who Was Killed By Armed Bandits Is Set to Be Buried