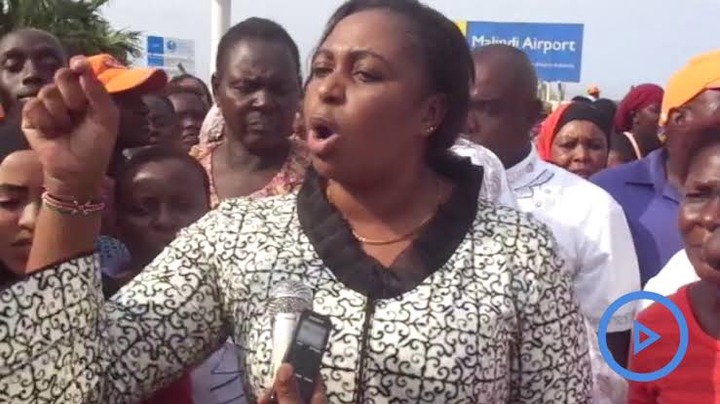 Unbowed DP Ruto has again launched fresh attack on ODM and Raila Odinga. Ruto has faulted the handshake and claimed that Raila should be responsible of the woes of Kenyans. He claimed that the coming together of President Uhuru Kenyatta and opposition leader Raila Odinga has put a brake on key government development agendas. Speaking at the coast during his second day tour, Ruto stated that he regrets that the food security which was one of the Big Four Agenda has failed in the country. He said the Jubilee Government has failed to deliver to Kenyans after the handshake.

He claimed that they had good plans for all Kenyans under the Big Four Agenda but the handshake has disorganized the economy. He said that harnessing the country’s irrigation remains key to the attainment of food security in the country.

He said the current famine situation that is being witnessed in some parts of the country, like the Northern region can be contained if more focus was given to irrigated agriculture. Ruto said the country cannot achieve its food security if it relies only on natural rains. He claimed that it is through investments in irrigation that the country can get enough food for surplus and for sale.

Malindi MP, Hon. Aisha Jumwa noted that many parts of Kilifi County have been hit by famine and said that urgent measures must be put in place to contain the situation. She said that serious famine has hit Ganze constituency and that no food has been delivered to the affected by the county and national government. 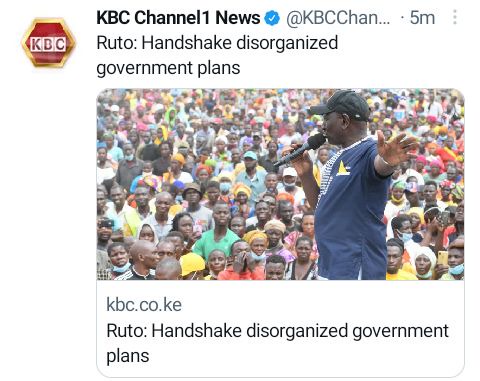