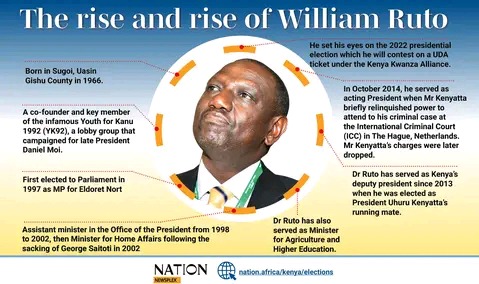 William Ruto is a kenyan Politician who is well grounded to be distracted by neysayers. Today we are going to look at his achievements from birth to date where is a presidential candidate in the coming August general elections. The following is his Political journey.

2. He was the core-founder and an important member of youths for KANU in 1992 a group of young people who were campaignig for the late Daniel Moi.

3. He was first elected as a member of Parliament in 1997 to represent eldoret north people in Parliament.

4. He bacome the assistant minister in the office of the president from 1998-2002, later he was appointed minister for home affairs after George saitoti was sacked in 2002.

5. He served as a minister for agriculture and higher education from the year 2008.

6. He has served as the kenya’s deputy president from the year 2013 when he was elected as president uhuru running mate up to date.

8. Currently he has set his eyes in the 2022 general elections where he will contest for presidential seat on a UDA ticket under Kenya kwanza alliance. 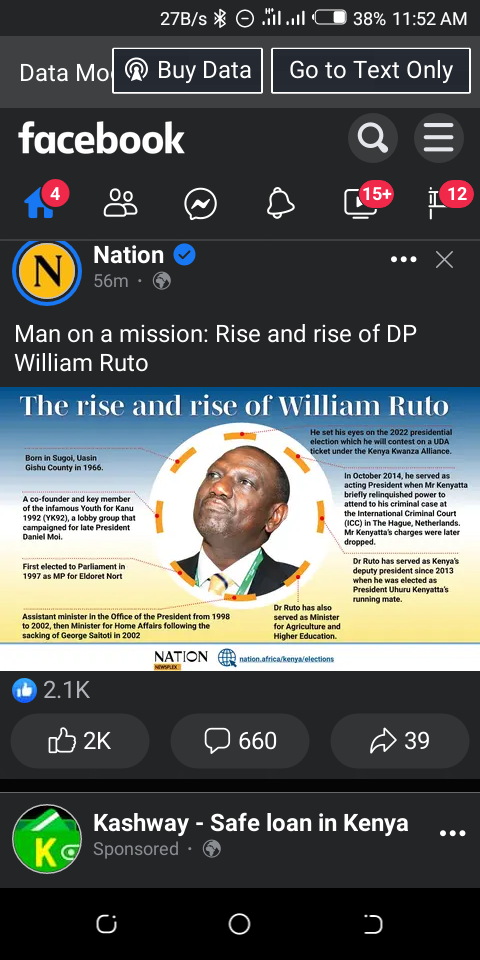