Four Aggressive Politicians in Ruto's Camp That Have Given Uhuru, Raila Headache in the Past Weeks Politics is indeed a dirty game, one that is probably ballooned with insults, condemnation and betrayal.

In the past two weeks, Ruto's camp has been on the receiving end of the Government workings. Ruto's security team was downgraded, with GSU officers manning his multimillion properties replaced with AP officers who according to Interior CS Fred Matiang'i are perfectly skilled in offering protection.

The outbursts from DP Ruto's camp sparked a conversation online and went a length further to pave way for Matiangi's disclosure of Ruto's wealth portfolio.

Deputy President William Ruto looies are determined to hold their ground and shake off the State attack on their preferred Presidential Aspirant.

In the past two weeks, four of Mr Ruto allies have been contributory in manning his political vanguard. They include Ngunjiri, MP Oscar Sudi, MP Ndindi Nyoro and Gachagua.

Mr Gachagua is a solid rock in Ruto's chase for the Presidency. After Matiang'i tabled a list of Ruto's property, lawmaker Gachagua moved in speed to refute the tabulation as inaccurate and inappropriate. He went on to threaten that they'll expose tracts of land owned by Kenyatta's family should the state through interior CS continue to frustrate Uhuru's deputy.

While speaking in Nakuru, Gachagua asserted that Jubilee through Murathe and Tuju chased away the second in command resulting in cracks within the party. 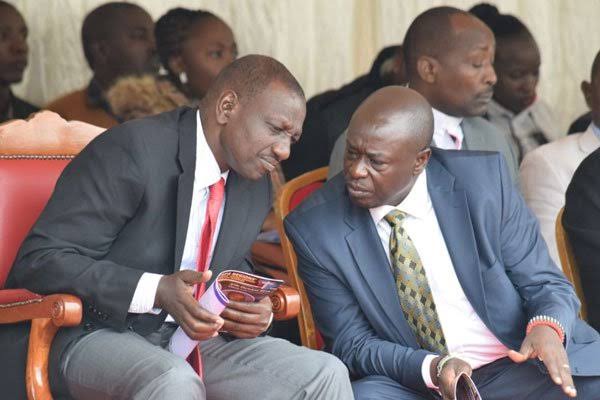 The Kiharu Lawmaker Ndindi Nyoro is a staunch ally of DP Ruto. His speeches, in most cases, revolve around how the government is hell-bent on pelting misery to the one who helped form it -Mr Ruto.

In the past two weeks, the vocal Ruto ally has been campaigning for DP Ruto, stating and attempting to prove how fit Ruto is in regards to the Presidential seat.

He recently proclaimed that CS Matiang'i blatantly abused Ruto's office and that the government should respect the office if they find it cumbersome respecting the holder of the same. 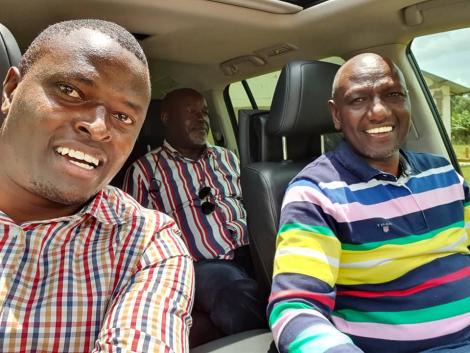 MP Oscar Sudi has for years held his ground as a Ruto ally. His political theatrics are probably hinged on insults and he frequently uses them to shave down the arrogance of anybody who happens to frustrate Dr Ruto.

In the recent past, he described Matiangi's Appearance in a crude fashion that sparked a debate within the online community. He is a firm believer that Ruto will clinch the top seat come 2022. 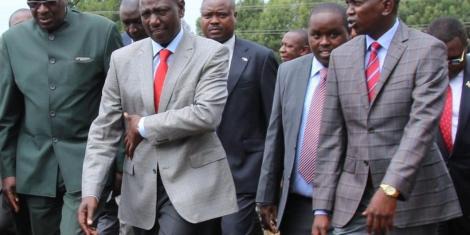 The Bahati lawmaker was recently quoted saying that the Mt Kenya region should say thank you to William Ruto for helping Uhuru become the president by voting for him(Ruto) in the forthcoming general election. 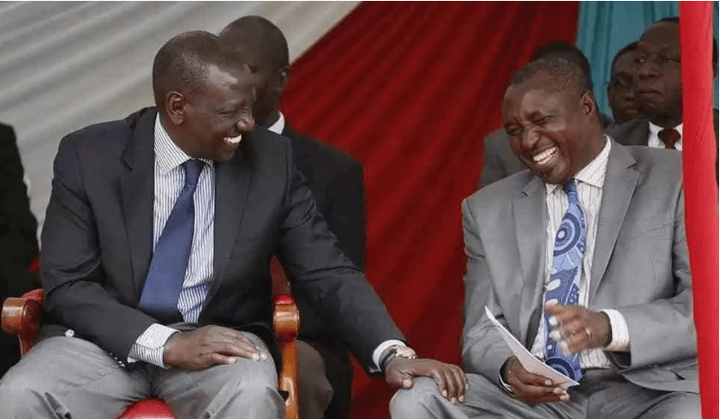